Edible gum usually refers to the macromolecules dissolved in water and can be fully hydrated to form a thick, greasy or gelatinous liquid under certain conditions. Both xanthan gum and konjac gum are the commonly used edible gum, kind of water-soluble polysaccharidesc, they can be used as nonionic thickeners and versatile ingredients in the food industry to enhance the texture of products. They are very stable in water and absorb water and swell up by up to eighty to one hundred times their original volume. The xanthan gum and konjac gum have the highest viscosity among of all plant-based edible gums. Their unique hydrocolloid interactions allow them to optimize starch-rich formulations and help prevent meat emulsion products from separating.

What is konjac gum

Konjac gum, sometimes called konjac powder, is a hydrogelatinous polysaccharide extracted from the underground tubers of the perennial araceae herb konjac, and its main component is glucomannan (KGM). When the konjac powder particles meet water, they dissolve into a translucent solution and release the konjac glucomannan polymer, which looks like jelly.

In fact, Konjac gum is a highly processed Konjac Powder that contains more than 90% KGM. Konjac Gum is a kind of soluble dietary fiber with high viscosity, which can also provide a certain amount of high-quality dietary fiber even if a small amount is added to food. Due to its high coefficient of water absorption and expansion, konjac gum can form a unique and stable water-holding network structure in the product, so it is added to meat products, dairy products and ice cream to replace fat and sugar to effectively reduce the content of fat and sugar. 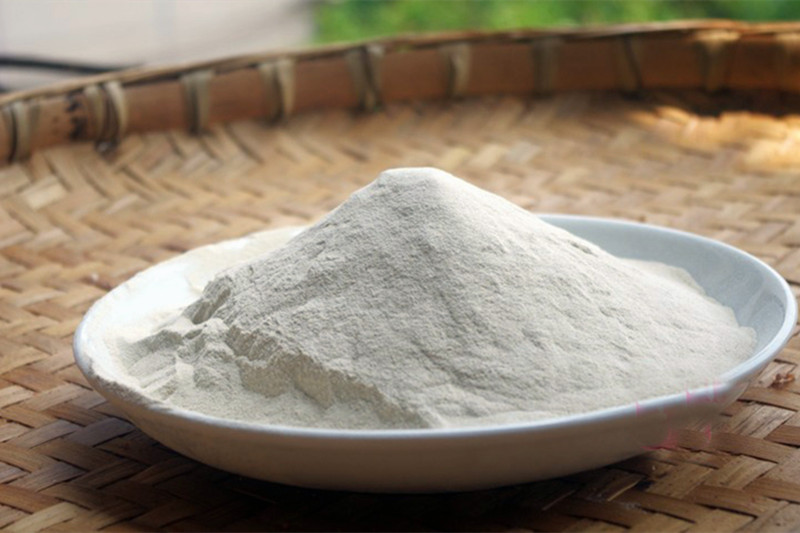 What is Xanthan gum?

Xanthan gum is a kind of monospore polysaccharide gelatin produced by the fermentation of Pseudomonas genus. It has special macromolecular structure and colloid characteristics, and can be used as emulsifier, stabilizer, gel thickener, infiltrating agent, membrane forming agent, etc. In the experimental process, it was found that xanthan gum can be dissolved quickly into cold water, and it has a strong hydrophilic property. Insufficient or slow stirring will make the outer layer absorb water and expand into micelles to prevent water from entering. Therefore, xanthan gum dry powder is generally mixed with salt, sugar and other auxiliary materials.

Researchers have been researching their properties and applications since 1963. They have largely focused on developing food-based products with their gelling properties.

Konjac glucomannan is a complex polysaccharide, which is formed by combining D-glucose and D-mannose with β -1, 4 bonds at a molar ratio of 2∶3 or 1∶ 1.6. 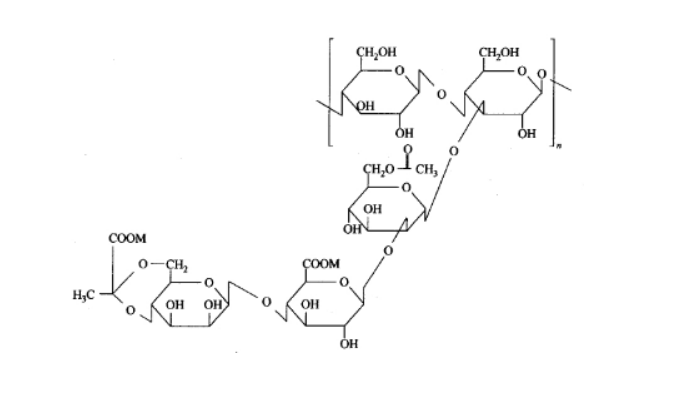 Xanthan gum is a kind of anionic polysaccharide produced by flavobacterium. The main chain of the molecule is composed of D-pyranotype glucose connected by β-1, 4 bond, which has a fiber-like skeleton structure. Every C3 of two glucose is connected with a trisaccharide side chain, and the side chain is composed of two mannoses and one glucuronic acid.

Xanthan gum is a kind of monosporopolysaccharide produced by the fermentation of Pseudomonas sp., which is produced by xanthomonas brassica l. with carbohydrate as main raw material. Konjac gum is a hydrogel-like polysaccharide glucomannan (KGM) extracted from the tubers of various konjac plants, a kind of high molecular weight, non-ionic KGM.

Xanthan glue solution has high viscosity under static or low shear action. Under high shear action, the viscosity decreases sharply, but the molecular structure remains unchanged. When the shear force is eliminated, the original viscosity will be restored immediately. It was found in the experiment that when xanthan gum was added too quickly to the cold water stirred by a glass rod, it could not be fully diffused and agglomeration was difficult to dissolve. However, when xanthan gum was added slowly to the cold water stirred by high-speed rotor, it was fully diffused and agglomeration was not serious, and the dissolved solution had high viscosity, slightly yellow and poor transparency.

Aside from being a useful ingredient in your kitchen, they also work as gelling agents in food preparations. They form highly viscous solutions in water, and 1% Konjac is able to increase the viscosity of a solution by two to three times. In addition, they reduce the need for other thickeners, as their acetyl groups allow for less gelling. The acetyl groups in konjac are important for its thickening ability.

While both xanthan gum and konjac are popular thickening agents, they are different in their health benefits. The former thickens liquids and is associated with increased health risks. , while the latter improves digestion and may lower cholesterol levels, and even help you lose weight. While they may sound similar, konjac gum is much more valuable than xanthan gum.

The proportional mixture of xanthan gum and konjac gum can produce gel and obvious synergistic effect, and the viscosity of the mixture is several times higher than that of the same concentration single substance, mainly because the double helix structure of xanthan gum molecule is easy to bond with polysaccharide molecules containing β-1, 4 bonds.

Xanthan gum does not gel at any concentration. When miscible with konjac gum, it forms a solid gel at a 1% blend concentration. The mixed gel is a thermally reversible gel, that is, the gel can be turned into sol when heated, and the gel can be restored when the sol is cooled at room temperature. The results showed that when the mixture ratio of xanthan gum and konjac powder was 70∶30 and the total polysaccharide concentration was 1%, the maximum synergistic interaction could be achieved. As the proportion of the two polysaccharides continued to increase, the gel strength showed a decreasing trend. This performance not only increases the effect of viscosity but also reduces the amount of glue used. Therefore, the combination of konjac gum and xanthan gum can be widely used in the food and non-food industry as a thickener and gel agent.