Why is Arabidopsis favored by scientists?

You are here: Home1 / Blog2 / blog3 / Why is Arabidopsis favored by scientists?

Arabidopsis thaliana is widely distributed in temperate regions such as Eurasia and East Africa. It belongs to the phylum Angiosperms – Dicotyledons – Cruciferae. Also belonging to the Cruciferae are the familiar cabbage, cauliflower, radish, etc. . But Arabidopsis, unlike these cash crops, is just a little weed on the side of the road.

What kind of plant is Arabidopsis? Why is it favored by scientists?

Arabidopsis thaliana, a few square meters of space can meet the planting needs of an entire research group, and if the genetically modified material goes well, it will only take half a year to get it.

In comparison, it may take two or three years for rice and four or five years for sweet potatoes. A doctoral degree lasts six years, and if there are some errors in the middle, you may have graduated without experimental materials. Arabidopsis does not have this problem. 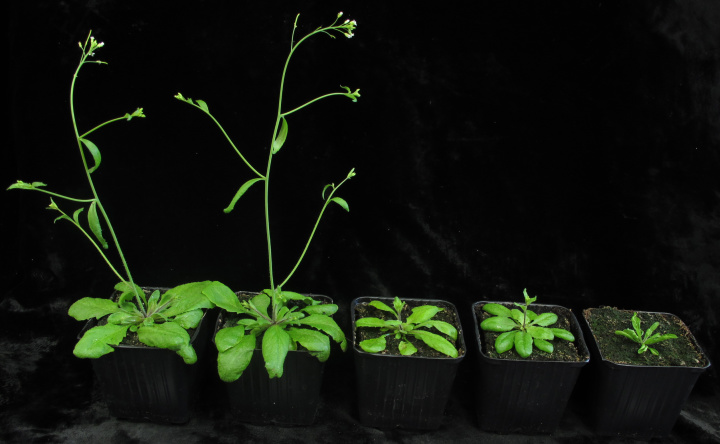 At present, the research of Arabidopsis has indeed reached a certain bottleneck. As a model plant of dicotyledonous plants, the problems it can solve are relatively limited. For example, the research content of Arabidopsis thaliana mainly focuses on some basic issues, such as flower development, epigenetics, seed development, cell polarity growth, plant immunity, stress and so on.

These research contents are common problems faced by almost all plant kingdoms, regardless of whether the selected material is Arabidopsis thaliana. But everyone uses Arabidopsis thaliana as experimental materials because of its simple genome, easy access to genetic materials, and good compatibility with growth conditions.

Arabidopsis has become popular by scientists, and it is even well-deserved to be elected as a “plant astronaut”. Of course, sending Arabidopsis “to the sky” is not only for travel but more importantly, to use its biological characteristics to study the growth of higher plants in space environments such as weightlessness.

Not only that, but Arabidopsis is also a favorite in the field of cosmetic ingredients. The Arabidopsis extract produced by Green Stone Swiss Co., Ltd. contains a variety of skin-friendly active ingredients, which have antioxidant effects and can promote skin Self-renewal and repair, effectively delaying skin aging.

Arabidopsis thaliana has made important contributions to the study of plant development and plant genetics, and has played an important role for us in researches such as food yield enhancement and crop stress resistance. For example, Karaba A and others have overexpressed the HARDY gene of Arabidopsis in rice, so that rice has obtained the phenotype of efficient water utilization and enhanced its drought resistance.

Although it is small, it has a big role – this is Arabidopsis

You may have doubts. Mendel used peas to carry out hybridization experiments and obtained two basic laws of genetics-the law of gene separation and the law of free combination; American scientist Barbara McClintock also worked on corn. Discovered the “jumping gene” and won the Nobel Prize.

So why didn’t later scientists continue to use peas and corn for modern genetics research? The reason lies in the “bigness” of traditional plant models.

First of all, most of the higher plants are relatively large, and it is unrealistic to achieve large-scale cultivation in a laboratory environment. At the same time, most of these plants need several months or even longer to complete a reproductive cycle. Scientific research always seeks fast results, and time delays The longer it is, the more uncertainties there are.

Arabidopsis thaliana is small, only 25-30 cm in height, and can even grow in the space of an ordinary test tube, so it is very suitable for large-scale planting in a limited space such as a laboratory and harvesting a large number of seeds (each plant can produce several thousand to ten thousand seeds).

In addition, the life cycle of Arabidopsis thaliana is very short. It only takes 6-8 weeks from germination to seed maturity, which is very short compared to the maturation cycle of other plants such as corn, which takes a quarter or even half a year. In addition to the “big” in body size, there is another “big” that is even worse, and that is the large genome.

The genomes of ordinary plants are relatively large: rice has about 430 million base pairs, corn has 2.4 billion, and wheat has 17 billion! And let’s look at Arabidopsis, which has only 5 pairs of chromosomes and a genome of 115 million, which is two orders of magnitude worse than wheat. The small genome means that it does not take more effort to analyze, and its entire genome has been sequenced as early as 2000, so Arabidopsis has also become the first plant to be completely sequenced and analyzed.

One might wonder: Does a small genome make it phenotypically and genetically different from other plants? In fact, it is not true. Arabidopsis has a total of more than 25,000 genes, and their main functions are the same as those of most flowering plants. Coupled with the above-mentioned advantages, Arabidopsis has undoubtedly become a particularly ideal genetic and molecular biological research material.

Arabidopsis has made important contributions to the study of plant development and plant genetics, the simplest example being the ABC model of flower development.

Under normal circumstances, the expression of two types of genes, A and C, are mutually exclusive, similar to a state of “you but not me”. When one of the genes is mutated and cannot be expressed normally, the other gene will occupy its place.

①When the A gene is mutated, the place where A was originally expressed will be occupied by C, so in the structure of the flower, the outermost layer will no longer be green sepals, but pistils; the second outer layer It will develop into a stamen that is jointly regulated by B and C genes; while the third and fourth layers are still stamens and pistils.

②When the C gene is mutated, the situation is different. The outermost and sub-outer layers of sepals and petals remain unchanged, but the third and fourth layers are changed. There will no longer be stamens and pistils, but will still be Petals and sepals.

③ When the B gene is mutated, the situation is slightly simpler. Since the structure of the middle two layers can no longer be regulated by the B gene, it will still be the sepal and the pistil.

The ABC model was developed by E. Coen and E. Meyerowitz in Arabidopsis and snapdragon. This model is generally applicable to the vast majority of flowering plants, and has advanced an important step in the study of plant genetics.

At the same time, Arabidopsis has also played an important role for us in the study of grain yield and crop stress resistance. For example, Karaba A and others have overexpressed the HARDY gene of Arabidopsis in rice, so that rice has obtained the phenotype of efficient water utilization and enhanced its drought resistance.

It can be seen that Arabidopsis thaliana has become the darling of scientists.

Of course, sending Arabidopsis “to the sky” is not only for travel but more importantly, to use its biological characteristics to study the growth of higher plants in space environments such as weightlessness.