Regular use of anti-inflammatory drugs, non-steroidal anti-inflammatory drugs (NSaids) and other pain relievers has been linked to a growing number of health problems, so many people are interested in their alternative, natural pain relievers. White willow bark – used in folklore for centuries in natural medicine – shows the potential for natural pain treatment with few side effects. According to a 2015 article published in the journal Pythotherspy Research, “willow bark extract has been used as an anti-inflammatory, antipyretic, and analgesic for thousands of years.” In other words, the benefits of white willow bark include lowering inflammation that can lead to chronic disease, fighting pain, and reducing fever. Whether in extract or tea form, willow bark can relieve discomforts such as back pain, recurrent headaches, muscle aches, menstrual cramps, and arthritis. 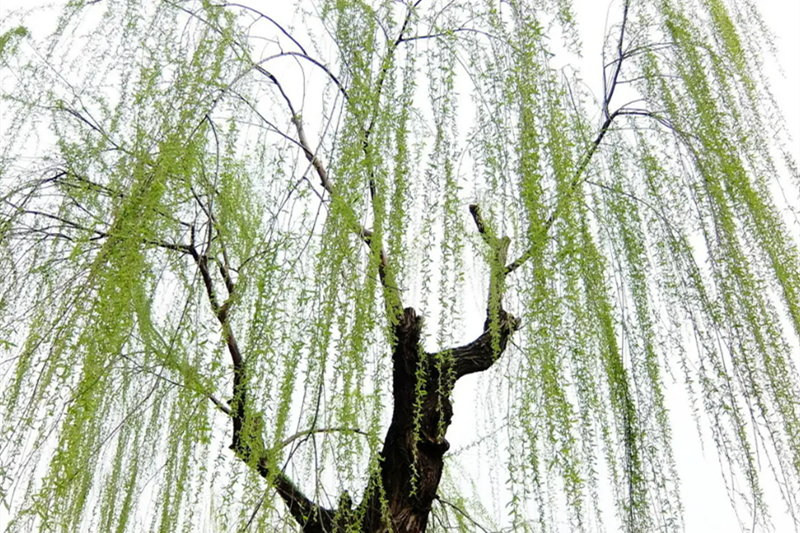 What Is White Willow Bark Extract?

Willows are members of the salicaceae family, native to Europe, Central Asia and North Africa. The bark of many species of willow is used in the manufacture of extracts, medicines and supplements. These species include white or European willow, black willow(Salix nigra Marsh.), and purple willow.

The bark of white willow trees (Salix alba) contains a compound called salicin, a chemical that has anti-inflammatory properties. Salicin acts in a manner similar to acetylsalicylic acid, the active ingredient in aspirin. In fact, salicin was used to develop aspirin in the 1800s. Once salicylate is absorbed, it breaks down into various salicylate derivatives, which have a variety of health-promoting abilities. The effects of willows take longer to take effect than aspirin, but they tend to last longer and cause fewer adverse reactions than aspirin.

Antioxidant compounds polyphenolic glycosides and flavonoids are also found in white willow bark. These have been shown to protect against oxidative stress and various symptoms associated with aging, such as poor physical performance and cognitive decline.

The researchers believe that these antioxidants, along with salicin, flimicin, salicin and other salicylate salts, play an important role in the therapeutic effects of white willow bark. Regarding its use as a natural painkiller, most of the known benefits of white willow bark are based on anecdotal observations rather than clinical studies. These limited experiments still suggest that it can help in the treatment of the following conditions: chronic low back pain, arthralgia/osteoarthritis, physical exercise-induced soreness.

In vitro and animal studies have found that the analgesic effect of white willow bark is due to its ability to scavenge free radicals and downregulate inflammatory mediators, including tumor necrosis factor-α and nuclear factor-Kappa B. It also seems to affect the production of prostaglandins, reducing inflammation that causes pain like cramps and fever.

A major benefit of using plant extracts and herbs for pain such as arthritis is that most medications seem to have fewer side effects compared to NSaids including aspirin. Some studies have shown that white willow bark extract can help people cope with chronic joint pain and injury, based on limited findings and fewer samples.

A 2009 systematic review of the effectiveness of willow bark for musculoskeletal pain showed dose-dependent analgesia comparable to rofecoxib, a nonsteroidal anti-inflammatory drug used to treat arthritis, in patients with low back pain. However, no significant effect was found in a confirmatory study of rheumatoid arthritis patients, although the study was small. The researchers involved in the analysis concluded that “further studies are needed to determine whether the treatment of osteoarthritis and rheumatoid arthritis requires an extract higher than 240 mg of salicin per day.”

By supporting the immune system, providing antioxidants and reducing inflammation, white willow bark extract can be used to help get rid of fever, and the common cold, help manage flu symptoms and shorten the duration of illness.

The defense against bacteria and viruses appears to come from polyphenols and flavonoids and other compounds in the willow. These antioxidants have been shown to have fever-reducing and anticorrosive properties. Willow bark is especially helpful for fevers when combined with cool herbs such as Holly or mint in the form of an essential oil or tea.

Because it can provide natural pain relief, some athletes use white willow bark extract to help support their performance and recovery. Anecdotal reports and a few studies have shown its ability to reduce muscle and joint pain and combat fatigue that interferes with physical abilities. As explained by Penn State Medical Center, it has also been widely used throughout history to help treat inflammatory diseases such as bursitis and tendinitis.

Some people claim to experience the benefits of white willow bark in reducing headaches, fatigue and anxiety. While more formal studies are needed to confirm how it boosts someone’s mood, energy, and concentration, it seems that white willow bark may have these effects because of its anti-inflammatory potential and ability to reduce oxidative stress – which can interfere with cognitive functioning.

Although research on its weight loss is limited, some reports suggest that white willow bark may help promote fat loss in overweight or obese adults. The anti-inflammatory activity of willow bark is thought to help support metabolic health, but some experts advise against using it for this purpose because its safety has not been fully studied. It also appears to be unsafe when used in combination with risky weight loss supplements, such as ephedra, which is banned in the United States due to reports of serious adverse effects.

Side eEffects of White Willow Bark

Some call white willow bark the “natural aspirin.” Compared with synthetic aspirin, white willow bark appears to cause less risk of damage to the lining of the gastrointestinal tract (mucous membrane). It also had no effect on blood clotting when used in moderate doses, about 240 mg. It is still recommended that people allergic to aspirin (” salicylate sensitive individuals “) should not use willow bark extract products. If you develop discomforts such as itchy skin/hives or difficulty breathing, contact your doctor immediately.

Consuming high doses of white willow bark can be dangerous because too much salicin can cause many health problems in some people, including hemorrhagic disease and kidney damage. Other potential side effects may include indigestion and itchy skin. People prone to an upset stomach, especially one caused by medication, should be cautious when using willow bark products. We recommend that the following people should avoid using white willow bark products:

Sensitivity to aspirin, Asthma, Gastric ulcer, Diabetes, Gout, Hemophilia, Liver disease, Someone who recently had surgery, Pregnant and breastfeeding and so on.

Taking willow bark with aspirin, beta-blockers, diuretics or choline magnesium can increase effectiveness and cause side effects. It should also not be used with any other drugs that slow blood clotting (anticoagulants), as this can increase the risk of uncontrolled bleeding.