What’s is yucca schidigera extract and is it an irreplaceable ingredient in pet food?

You are here: Home1 / Blog2 / blog3 / What’s is yucca schidigera extract and is it an irreplaceable ingredient...

We know that dry food is the food made for the convenience of humans rather than primarily for the health of cats and dogs. The natural diet for both cats and dogs is raw, fresh, whole prey, not a bag of highly processed puffed food. Many pet owners are starting to concerning the ingredients of their pet food to learn what works for their cats and dogs. Some people want cats to stop being fussy about their food, hence the “food attractant”, others want cats to eat food that does not cause diarrhea, which is why montmorillonite has been added to the food, and others want cats to make poop that does not stink. “There is ongoing research to determine the best way to balance the health of pets with consumers’ growing desire for dogs and cats not to make their homes stinky. One of the ingredients that provide ” smell control “is Yucca schidigera extract. 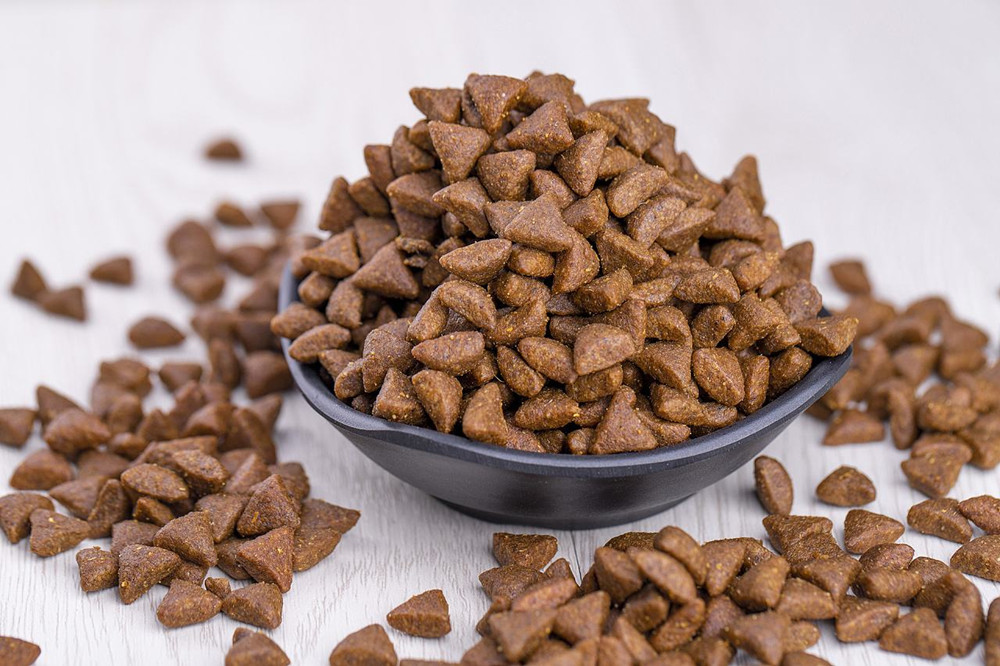 Yucca schidigera is a flowering desert shrub of the Liliaceae family, native to the deserts of California, New Mexico, southern Nevada, and Arizona in the United States. Yucca schidigera extract is credited by pet food manufacturers with “reducing the odor of dog and cat poop.” According to a report, yucca consumption generally improved the odor signature and intensity of dogs and cats, with an overall 26 percent reduction in fecal odor, enough to make pet food manufacturers pursue the natural plant extract.

Study shows, yucca schidigera extract includes the yucca polysaccharide, while ammonia was the main source of pet smelly has a very strong affinity, which can reduce the production of a pet in the gut ammonia odor, convert ammonia into harmless nitrogen and then used by the body, thereby maintaining the PH balance to promote the stability of the intestinal flora and digestive enzymes play a role. The results suggest that a dose of 125 (mg) of yucca extract per kg of dry food is generally effective, but higher doses may have a greater effect. Experiments showed that the addition of yucca extract (500g/t) to pet food reduced the smell of dog feces by 40% and that of cat feces by 50%.

At the same time, another important yucca extract, yucca saponins, is a kind of natural gut cleaner and surface active agent, it can clear intestines dirt at the same time can significantly increase the length of the intestinal villus, promote the beneficial bacteria in the gut proliferation, enhance intestinal health, also can largely alleviate pet intestinal problems create waste problems. In addition, yucca extract has long been used in the food industry as a foaming agent of carbonated drinks and food flavor enhancers. In pet food, it can enhance the fragrance of pet food, stimulate the appetite of pets, and improve the palatability and taste tolerance of pet food.

Yucca schidigera extracts have also been shown to increase disease resistance in dogs and cats, thanks to the antioxidant and anti-inflammatory effects of yucca polyphenols. It can reduce cell surface tension, stimulate the immune cell response and promote the production of antibodies to improve the animal’s immune system odor. It can also eliminate reactive oxygen species, prevent lipid peroxidation, integrate metal ions, and activate the cellular antioxidant defense system to avoid damage to body cells and tissues. In addition, it can also prolong the action time of other antioxidants in the body, such as vitamin E and vitamin C. The anti-inflammatory effects of polyphenols are mainly reflected in their ability to inhibit the expression of inflammatory factors and inhibit platelet agglutination, thus enhancing immunity in cats and dogs.

Besides these benefits mentioned above, yucca schidigera extract can also reduce the concentration of irritating gases and reduce the incidence of respiratory diseases. It has the effect of thickening the intestinal mucosa of dogs and cats, can prevent the invasion of some viruses, and inhibit the absorption and proliferation of viruses or harmful bacteria in the digestive tract, it can also reduce the ammonia concentration in the blood of dogs and cats, avoiding the occurrence of neurological disorders. As a result, it has become one of the most commonly used additives in cat and dog food.