Black cumin seed, also known as Nigella sativa, black caraway, black cumin, or nigella, is an annual herb from Nigella of Ranuncualceac family, which is originated from India, Pakistan, Egypt, Central Asia and other countries along the Mediterranean coast. They were Nigella Glandulifera Freyn, Nigella Sativa and Nigella Damascena. Black cumin grows to 1 to 2 feet (30 to 60 cm) tall, with white or blue flowers and globular fruit. Black cumin seed is often used in traditional medicine and has been used for thousands of years in South Asia, North Africa, and the Middle East. In the Middle East, for example, its history can be traced back to Muhammad, the Islamic prophet, who said that Black cumin seeds could cure most diseases except death. Black cumin seeds have been used in cooking and medicine for over 3,000 years and are mentioned in many religions and ancient cultures. In ancient Egyptian times, black cumin seed oil was used as a traditional medicine. Black cumin seeds contain linoleic acid, oleic acid and palmitic acid, as well as vitamins, amino acids and trace elements, it also contains compounds such as thymoquinone and thymol, which can also be used for medicinal purposes. 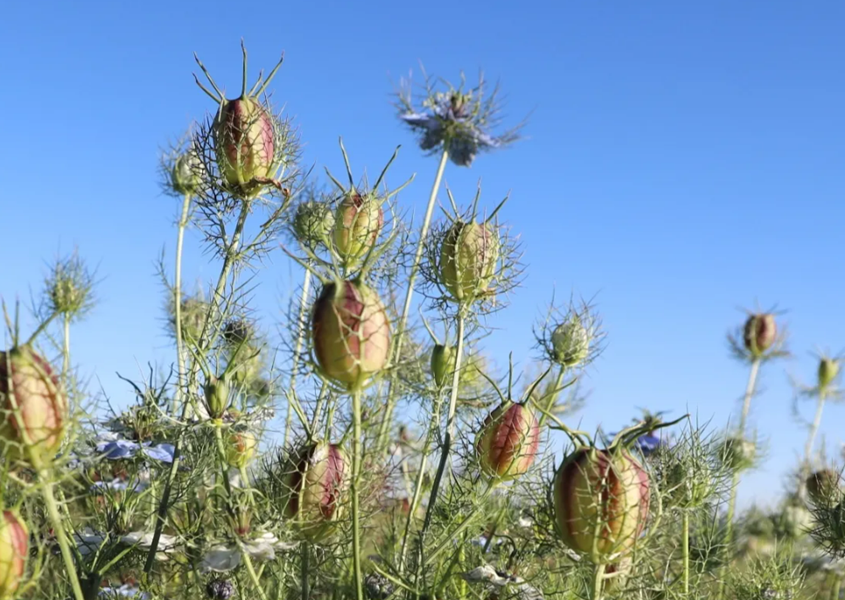 Black cumin seed extract, is usually from the source of Nigella sativa, is a natural supplement derived from the seeds of the Nigella sativa plant. It has been used for centuries in traditional medicine for its potential health benefits, including reducing inflammation, improving digestion, and boosting the immune system. 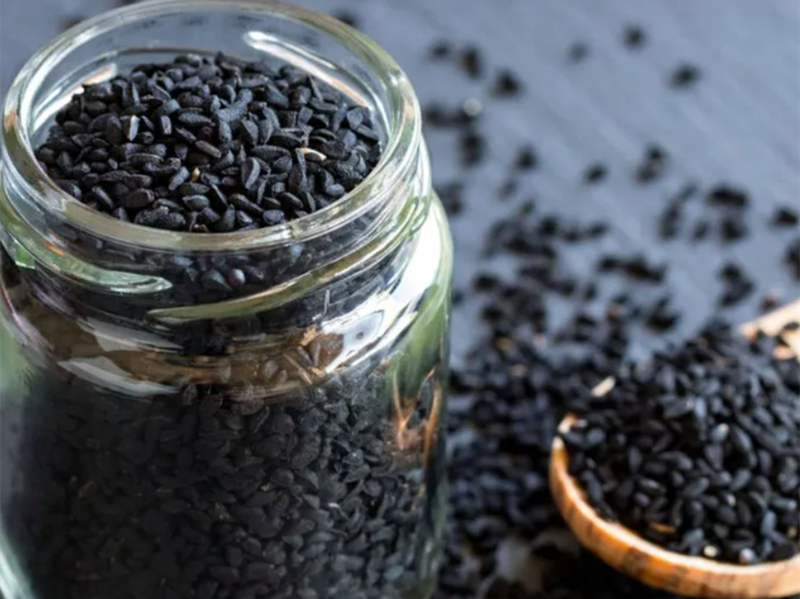 Nigella sativa has been used in traditional remedies for the treatment of various liver diseases for thousands of years. Black cumin seed extract has been proven to have hepatoprotective effects because it has excellent anti-inflammatory and antioxidant properties. In addition, thymoquinone inhibits DNA synthesis and induces cell cycle arrest, Studies using Nigella sativa seed extract showed the ability to protect against acetaminophen (APAP)-induced hepatotoxicity in TIB-73 cells. Moreover, it decreased hepatic fat accumulation, reduced non-alcoholic steatohepatitis, and increased oxygen consumption.

Sleep deprivation is one of the leading causes of fatigue, and both sleep deprivation and chronic fatigue can lead to depression. Thymoquinone, which is contained in black seed oil, has a preventive effect on depressive behavior and can reduce anxiety by increasing levels of serotonin (a neurotransmitter that acts as a natural mood stabilizer) in the brain, thereby increasing mental energy levels and mood levels. Long-term studies have found that regular intake of black seed oil can help eliminate sleep disturbances, provide better sleep and complete sleep cycles. The potential mechanism for black seed oil’s effect on sleep may be due to its increased acetylcholine capacity in the brain during the sleep cycle, as studies have shown that acetylcholine levels increase during sleep.

Inhibiting asthma
Black seed has long been used as a remedy to prevent asthma, and its treatment has been documented in everything from Ayurvedic to Unani medicine to Arabic medicine to the prophet. 1996 The U.S. Food and Drug Administration officially approved black seed extract as a drug to support the immune system. Thymoquinone and Thymohydroquinone are contained in black cumin extract. Ivy saponin has the most significant effect on inhibiting cytokines IL-2, IL-6 and PGE2 in inflammatory T lymphocytes. Moreover, it can effectively inhibit the expression of cytokines IL-2 and PGE2 in monocytes, which are the most active cytokines in asthma state. At the same time, the authors found that the thymoquinone extract significantly inhibited the release of IL-6 and PGE2 in human monocytes. In addition, it was found that the extract containing thymoquinone significantly promoted the release of PGE2 from A549 human lung epithelial cells, and PGE2 showed beneficial bronchodilation effect in human lung epithelial cells, suggesting that the extract has an asthmatic inhibitory effect.

Black Cumin seed extract oil is beneficial in treating psoriasis, and reducing itchiness, redness, and inflammation. Psoriasis is a chronic skin condition that is caused by a reaction by the immune system and the autoimmune reaction causes the cells in the skin to grow in rapid succession. It is characterized by red, scaly patches with silver scales. Other common symptom includes dry, irritated skin and eczema. This is because it contains a variety of phytochemicals naturally occurring in these plants. These phytochemicals are known to have anti-inflammatory, antibacterial, and antioxidant properties.

Black grass seed extract contains a variety of essential fatty acids that have been shown to help boost immune diseases and even may be of interest to people with cancer. Researchers have discovered that thymoquinone, the primary bioactive component of black seed oil, works in a number of ways to stop cancer growth. The compound has also been shown to inhibit the proton pump, a cell membrane receptor that acts like a key to the body’s acid secretion.