What Is Silymarin Used For?

Silymarin is a naturally occurring flavonoid lignan derived from the dried seeds of the plant milk thistle(Silybum marianum). It’s consisted of silybin, isosilybin, silydianin and silychristin. Silybin is the most biologically active silymarin component. Silymarin is a light yellow or brown powder, insoluble in water but soluble in acetone, ethyl acetate, methanol and ethanol, and slightly soluble in chloroform. Pure silymarin is irritating to the eyes, respiratory system and skin. 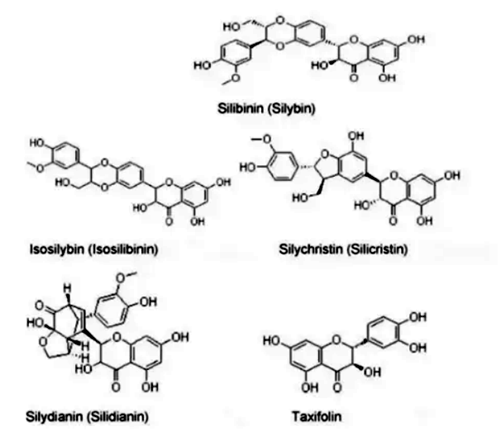 Milk thistle is a major source of the chemicals silymarin and cynarin. Both compounds are believed to have various health benefits, including liver protection, cancer prevention, and reducing inflammation. However, silymarin has been used for over 2000 years to treat liver ailments. It has been approved by the German Commission E.

Silymarin comes in tablets, capsules, syrup, and suspension. While you may have heard that milk thistle extract has been used to treat liver problems, it helps to purify the body by reducing cholesterol levels in bile and also regulates the function of the gall bladder. If you’ve been searching for information on silymarin uses, you’ve come to the right place. This article will discuss the benefits and risks of this herb. The first thing to remember is that Silymarin isn’t a cure-all, and there’s no reason to use it indefinitely without consulting a physician. 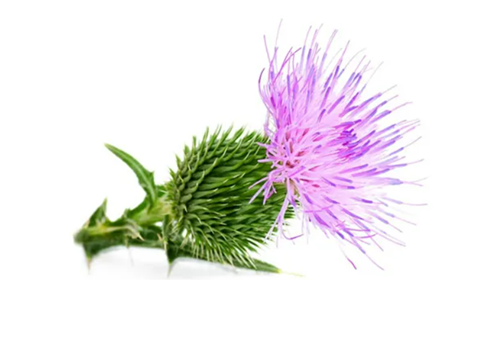 Silymarin stabilizes the membrane of the liver by preventing or preventing the loss of soluble cellular components such as transaminases. Silymarin can limit the penetration of certain hepatotoxic substances, such as α -amanita, into the cell interior. The enhanced protein synthesis ability is due to silymarin stimulating RNA polymerase activity in the nucleus, thus aiding ribosomal RNA synthesis in liver cells, while leading to the massive synthesis of structural and functional proteins (enzymes). Therefore, silymarin can enhance liver cells’ repair ability and regeneration ability. Moreover, silymarin has a protective effect against liver damage caused by carbon tetrachloride, galactosamine, alcohols, and other liver toxins.

It’s potent antioxidants and can protect the liver from alcohol by increasing the rate of detoxification. Because they are so effective in repairing liver cells, they have also become an excellent hangover remedy. Most good liver supplements also contain milk thistle seed powder. Silymarin is often found in a combination of other herbs and nutrients.

Silymarin can enhance the antioxidant capacity of the body and has a significant protective effect on cerebral ischemia injury. Silymarin can directly remove reactive oxygen species, resist lipid peroxidation and maintain cell membrane fluidity. Caused by four blood vessel blocking method in the whole cerebral ischemia of rats model to investigate the protective effect of silymarin on cerebral ischemic injury mechanism, through the observation of silymarin on brain and serum nitric oxide and the expression of nitric oxide synthetase, shows silymarin in significantly reduced the levels of NO and NOS in ischemia rats had at the same time, significantly reducing the infarction area.

Silymarin can promote the activity of fibroblast cells and epidermal keratinocytes, stimulate the generation of elastin and collagen to skin elasticity, and can be used as anti-wrinkle agent; Silymarin can also be used as an antioxidant, humectant, sebum inhibitor, sunscreen, tanning agent and anti-inflammatory agent

Studies have shown that it can significantly slow down the growth of a tumor and has prevented symptoms of Cushing’s disease in mice. Silymarin has shown significant anticancer effects in both in vivo and in vitro tumor models, including skin, breast, lung, colon, bladder, prostate, and kidney cancers, as well as adjunctive therapy with standard cancers to prevent or reduce toxicity induced by chemotherapy and radiation. Considering the severe renal toxicity of cisplatin and other chemotherapeutic agents, silybin may have important value as an adjunct agent in cancer treatment. The positive results from these studies indicate that silymarin has great potential for curing this affliction. Some of the impacts noted include:

Block the expression of genes and enzymes that play a key role in cancer development;

The imbalance between cell survival and apoptosis is regulated by interfering with the expression of cell cycle regulators and proteins involved in apoptosis;

When used in combination with traditional Che-Motherapy, it has synergistic effects, including growth inhibition, reversal of chemotherapeutic resistance, induction of apoptosis, and reduction of chemotherapy side effects in various models. 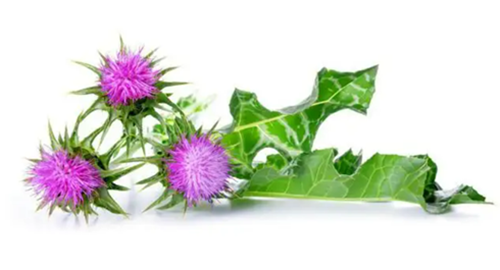 Side Effect of Silymarin

One of the benefits of taking this medicine is the fact that it is safer and cheaper than many other drugs. Silymarin supplements is safe for most people who take them. However, they should be carefully considered. For example, it is not safe to take Silymarin while pregnant. While it is safe for breastfeeding mothers, it may have a harmful effect on a growing baby. So, pregnant women and breastfeeding women should avoid Silymarin to avoid any harmful side effects. It’s not recommended to take Silymarin for a long time, as it can increase the risk of a GI disorder, fungal infection, and hyperglycemia. In addition, you should not take it without consulting a physician because silymarin can interfere with other medicines. Hence, it’s best to tell your doctor about all other medications, herbal supplements, and hormone pills you’re taking.

Silybum marianum extract (Standardized extract containing 70% silymarin) is widely used in European pharmaceutical preparations for the treatment of liver disease. Silymarin has been shown to treat/ameliorate the symptoms of liver diseases (hepatitis, cirrhosis and biliary secretion-related liver disorders) caused by alcohol, other toxins or viruses. Taking silymarin capsules as an example, if seeking to symptoms improvement, adults are advised to use 70-140mg three times a day, and reduce the dosage to 35-70mg once symptoms improved.