What is Fisetin And Is It Safe?

Fisetin is a type of polyphenols known as flavonoids. It’s a yellow colouring agent found in a variety of fruits and vegetables, including strawberries, apples, persimmons, onions, cucumbers, and pumpkins, though their concentrations vary considerably. In animals, fisetin and quercetin are found in plants from the family Fabaceae. They are also found in many plants, including the parrot tree, honey locust, and sumac, making it easy to extract this flavonoid from their barks, leaves and branches.
The chemical structure of fisetin was first described in 1886 by J. Schmidt. Fisetin is the primary ingredient in the traditional yellow/ochre dye in textiles and clothing until the advent of synthetic dyes. In preclinical studies, fisetin extended the lifespan of animals. It may also reduce the risk of common chronic diseases. In addition to extending lifespan, fisetin protects the heart from injury and improves blood flow. This antioxidant may also protect heart cells from common metabolic diseases and prevent obesity. These findings make fisetin a promising candidate for the treatment of diabetes and obesity. If the research is confirmed, it could provide a safe, effective alternative to conventional treatments for the disease. 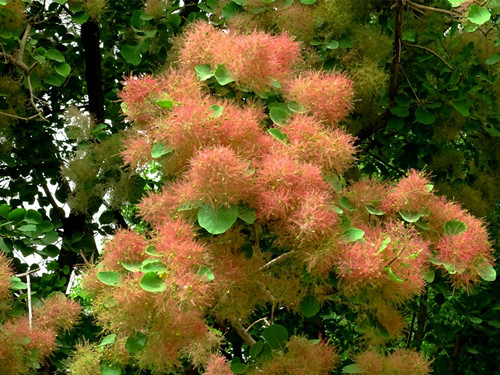 A study has shown that fisetin has good anticoagulant and antithrombotic properties. The liquid extract of Cotinus Coggygria (Smoke tree) had a good ability of anticoagulation and thrombolysis. The experimental results show that fisetin extract can shorten the length of thrombus, and reduce the weight of thrombus, similar to aspirin enteric-coated tablets. The researchers believe that this may be due to the presence of phenols in cotinus trees.

The antioxidant polyphenol fisetin, luteolin, and lutein have been shown to have antioxidant, anti-inflammatory, and anti-oxidative properties. In addition, these polyphenols are potent inhibitors of NF-kB, ERK1/2, p38 MAPK3, and JNK20,22,27,28. Interestingly, fisetin and luteolin were found to have anti-inflammatory effects by inhibiting the secretion of pro-inflammatory cytokines, IL-6, and IL-831.
A natural compound found in various fruits and vegetables, fisetin is thought to have anti-inflammatory and senolytic properties. It induces the death of senescent cells in the body, a process called senolysis. Fisetin is also a potent antioxidant, increasing levels of glutathione, the body’s most abundant anti-inflammatory substance. Among its many uses, fisetin may also help fight the symptoms of osteoporosis. The body’s osteoblasts and osteoclasts are mutually dependent, resulting in net bone loss in the condition. 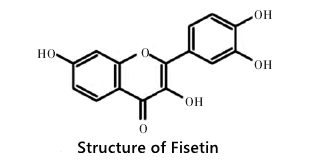 It is also thought to protect the body against cancer and can protect against certain kinds of inflammation. Several natural products and drugs have been shown to interfere with the NF-kB pathway. Constitutive activation of this pathway is likely involved in the enhanced growth properties of cancer cells. NF-kB inhibition may enhance the efficacy of cancer chemotherapy. It can also reduce the abnormal production of certain cytokines that may be important in the growth of cancer cells.

Recent research shows that fisetin may improve brain health by stimulating certain signaling pathways and circuitry. The compound has been investigated for its potential as a neurotrophic factor (nootropic) and may help improve memory and learning. Fisetin was tested in two animal stroke models, including the rigorous rabbit small clot embolism model. The study used logistic S-shaped quantal analysis curves to assess the relationship between fisetin dose and behavioral deficits. Fisetin treatment was found to improve the efficacy of rt-PA in patients.
The flavonol in strawberries, mangoes, and cucumbers has been found to protect against memory loss associated with Alzheimer’s disease and dementia in mice. Researchers at the Salk Institute for Biological Studies tested a daily dose of fisetin in mice. The results were positive, as the chemical prevented memory impairments without changing the formation of amyloid plaques, which are commonly blamed for Alzheimer’s disease.

Fisetin and quercetin are found together in the bark of Smoke tree, and some health products contain both compounds. Can they be used together? These two natural oxidants are generally non-toxic, beneficial and safe in the recommended doses. People tend to focus on their pharmacological effects.

What Are the Benefits of Ergothioneine For Skin?
Download Form
[contact-form-7 404 "Not Found"]
Scroll to top