What Is Echinacea Purpurea Herb Dry Extract Good For?

You are here: Home1 / Blog2 / blog3 / What Is Echinacea Purpurea Herb Dry Extract Good For?

Echinacea herb is a kind of wildflower of compositae family native to America. The species of echinacea have been used for centuries by Native Americans as natural medicine. It was used to treat snakebites, aches, and wounds, and was even considered an effective treatment for arthritis. It was later adopted by settlers and accepted by herbalists in North America. Native Americans have long used echinacea for its medicinal properties, and are commonly available as a supplement. Native Americans have used it for over 400 years, and settlers adopted its uses with enthusiasm. Their claims of the herb’s benefits ranged from a blood purifier to treatment for snake bites and dizziness.

Its main bioactive ingredients include caffeic acid derivatives (monocaffeic acid tartaric acid, chicory acid), alkylamide, polysaccharide and glycoprotein, which have immune regulation effects and are used in the treatment of cold, inflammation, rheumatism and sore throat. In recent years, it has been used as a new veterinary drug additive for the nutrition and health of mammals and aquatic animals. The headspace of Echinacea purpurea herb dry Extract contains significant amounts of phenolic acids such as caffeoyl derivatives and alkamides, the two primary active ingredients. These constituents were detected in both the flower and the root of E. purpurea. The fresh material was higher in caffeic acid than in the dried material. Both caffeic acid derivatives had similar developmental patterns, and were best extracted at mid-bloom. The total phenolics content did not differ significantly among the geographical populations studied, these compounds are thought to be beneficial to the body.

Echinacea purpurea herb can help prevent colds and flu. However, a study published in the Cochrane Database Systematic Reviews found only weak evidence for this claim. Another recent study found that echinacea may be helpful in preventing colds and respiratory infections, though it was found that the product only had minimal effect on the COVID-19 virus. Furthermore, the study was not peer-reviewed and did not test on the COVID-19 virus. The researchers also cautioned against taking echinacea if you have a compromised immune system or are exposed to new viruses. In a study of 282 people, echinacea significantly reduced the symptoms of colds. The herbs were found to significantly shorten the duration of colds in human subjects, while at the same time reducing the occurrence of bacterial infections. Further, echinacea helps in preventing the symptoms of colds caused by rhinovirus. It is important to remember that echinacea herb benefits should not be taken for the purpose of curing a common cold. 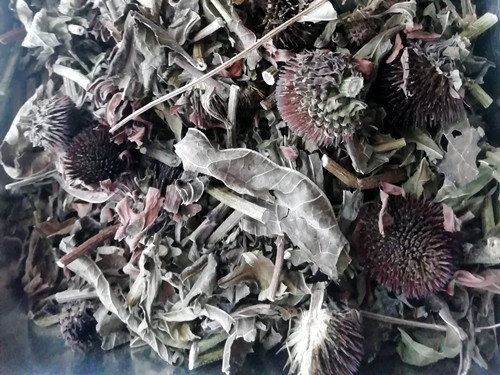 The herbal remedy echinacea has long been touted as an immune-boosting herb. The herb’s broader spectrum of benefits includes improving immunity, lowering blood sugar levels, and reducing inflammation. Studies suggest that it may have anti-cancer properties as well, although human studies are limited. While it is generally safe for short-term use, people with autoimmune disorders, or who are taking immunosuppressive medications should speak with a doctor before using echinacea. There are no known long-term risks from echinacea.

Although the concentration of alkylamides and cichoric acid in E. purpurea herb dry extract varies slightly, the concentrations of these compounds did not correlate with the antiviral activity of the herb. In vitro studies and in mice, E. purpurea herb dry extract did not cause malignant transformations. Regardless of the source of the plant’s active ingredients, Echinacea Purpurea is a powerful ally against influenza A. In one study, Echinacea purpurea herb dry extract significantly reduced the transcription of genes that affect immune system function. This compound decreased transcription of rhinovirus, respiratory syncytial virus, and adenovirus types 3 and 11. It also inhibited the secretion of chemokines in BEAS-2B cells. The study’s results are promising, but further study is necessary to confirm these findings.

The dried herb of Echinacea purpurea contains trace amounts of pyrrolizidine alkaloids and tussilagine and isotussilagine. In addition, the extract reverses the proinflammatory effects of Leishmania donovani in human cells. It also shows mosquitocidal activity. In the laboratory, the alkamides of E. purpurea root extract cause 100 percent mortality of larvae of the Aedes aegypti mosquito.

Echinacea dry extract is added to a variety of supplements such as tinctures, tablets, pills and capsules for the relief of various cold symptoms. some healthy brands come up with some production tablet containing the herb’s dried roots. Echinacea can also help you relieve your stomach upsets. During a time when your body is under a lot of stress, you can drink a cup of echinacea tea containing 2 teaspoons of the herb. This tea can be made by steeping the flowers or leaves in boiling water. After steeping for 5 minutes, strain it and drink.

What Herbal Tea Is Good For Headaches?
Download Form
[contact-form-7 404 "Not Found"]
Scroll to top