What Is Echinacea Angustifolia Used For?

You are here: Home1 / Blog2 / blog3 / What Is Echinacea Angustifolia Used For?

Echinacea angustifolia is a purple, narrow-leaved coneflower, also known as blacksamson echinacea, is a commonly seen species of flowing plant in the sunflower family, like Echinacea purpurea, Echinacea pallida and other species of Echinacea are native to the United States and southern Canada. They prefer disturbed soils and are generally drought-tolerant. Although the species has a poor appearance in its native habitat, it thrives in cultivation. Echinacea angustifolia and Echinacea purpurea are commonly used as dietary supplements for treating many diseases, and the plant extracts are easily found in the dog/cat and other mammal foods. However, recent studies have cast doubt on the effectiveness of echinacea as a supplement, and the benefits it conferred should not be overlooked. If you’d like to learn more about this plant, keep reading.

Similar to common chrysanthemum, Echinacea angustifolia is ornamental with a variety of colors, a beautiful and bright appearance, you can find them in the garden, parks, street green spaces and is one of street greening and indispensable flower varieties. Whether you call it a wildflower or garden flower, the beauty of this herb is hard to ignore and is an excellent plant for a home or a garden.

For Heath Use
The herb has also been studied in humans. The herb has numerous benefits and is often used as a preventative measure for colds and respiratory tract infections.   A placebo-controlled, double-blind study by Tyler VE, Robbers JE, and Linde K found that E. angustifolia can help shorten the course of the common cold. Another study funded by the US National Institutes of Health found that echinacea radix can reduce fever by reducing the severity of fever.
Echinacea was first used in the United States by Eclectic physicians. Its 85% ethanol and 70% ethanol extracts were the most effective in treating colds, respiratory infections, and inflammation. In 1929, H.T. Cox discussed the efficacy of echinacea extracts for the treatment of influenza. Cox believed that the best treatment was early application of “good-sized doses” of the herb. However, patients continued taking it until sputum cleared. In addition, he recommended the use of echinacea angustifolia in combination with appropriate cough preparations until the lungs were free of pulmonary congestion.
The herb is classified as alternative medicine, it can strengthen the immune system and fight infection. It has also been used to fight recurrent vaginal fungal infections. The herb can be used alone or in conjunction with antifungal products. Its recommended dosage is up to 10 ml of liquid extract per day. Using liquid extract tinctures in this manner is safe and has been used for up to six months. Its safe use is becoming widespread due to the fact that antibiotics do not always work against specific bacteria.
It is useful for a variety of conditions, including coughs, migraines, and rheumatoid arthritis.  It is also effective as an antiviral, antiseptic, and immune stimulant. It is often included in combination formulas as it is easier to grow. It is also used as a remedy for herpes simplex and yeast infections. 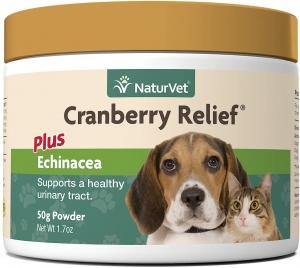 Drug resistance caused by the abuse of antibiotics in aquaculture and drug residues in animal-source food directly endanger human health. Echinacea angustifolia can replace antibiotics in animal husbandry to some extent and is a kind of immune promoter and immunomodulator that has received international attention at present. The production of echinacea extracts with immune-enhancing antiviral agents in animals can promote antibody production and maintain higher antibody levels for a long time and effectively reduce the incidence of atypical diseases. In addition, it can be used to treat a variety of livestock infections or immune disorders of the auxiliary necessary drugs.