Saffron, known as Crocus sativus or autumn crocus, is a species of flowering plant of the Crocus genus in the Iridaceae family. It has three stamens and three styles,  is best known for producing the spice saffron from the flower filaments. Saffron is originated in Greece, Turkey, Iran and other countries. It is not only an important natural pigment but also a natural flavor and traditional Chinese medicine. Frescoes on the Greek island of Santorini show that crocuses were already being grown during the Cretan civilization in 1500 BC. In ancient Egypt, Cleopatra and the Pharaohs used them as fragrances and essences in their baths. Crocuses were later introduced from the ancient Persian Empire to Tibet and then to China via the Tea-Horse Road.

Saffron has been used for medicinal purposes in China for more than 1,000 years and can be traced back to several ancient books, including Compendium of Materia Medica by Li Shizhen, a famous Chinese herbalist. “Chinese Pharmacopoeia 2015 Edition” assessed the function of safflower as “activating blood stasis, cooling blood and detoxifying, relieving depression and calming the mind used for amenorrhea, postpartum stasis, depression, palpitation “. In addition, there are also some literature records that it can be used in the treatment of stomach disease, measles, fever, jaundice, hepatosplenomegalgia, dysmenorrhea, menstrual disorder, postpartum lochia impurity, melancholy and dull symptoms, especially for women depression, anxiety, insomnia, premenstrual syndrome and dysmenorrhea and other symptoms have a better relief effect. 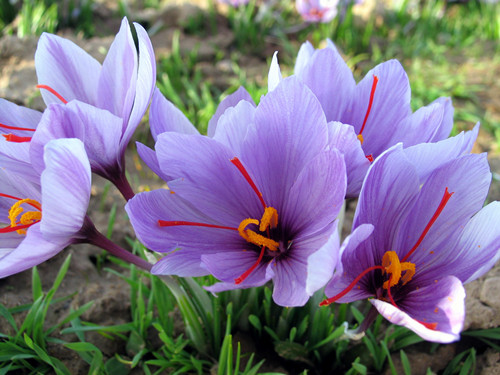 Modern medicine has proved that saffron extract contains active ingredients such as safranal, crocin, saffron acid and so on. Currently, saffron extract is mainly used to improve anxiety, sleep and calm the mind and women’s premenstrual conditioning. Saffron can inhibit the reabsorption of serotonin and dopamine between synapses through HPA hypothalamic-pituitary-adrenal axis, so that people can maintain a relaxed and happy state, relieve tension and pressure, so as to combat sleep disorders and anti-anxiety, and also have a certain easing effect on premenstrual syndrome and dysmenorrhea. Saffron extract comes from the stigmas of the pistil of saffron. High-quality saffron extract all comes from the primary stigmas with the most active content. Generally speaking, only 1 kg of the extract can be obtained from 5 kg of saffron filaments.

A clinical study published by Northumbria University in the UK showed that a single intake of safranal and crocin can maintain good heart rate variability (HRV). HRV reflects the resilience of the heart to changes in the internal and external environments. The higher the variability, the better the resilience of the heart. When the subjects underwent a stress test, the control group showed a significant 12% reduction in HRV, indicating a less stressful cardiovascular system, while the experimental group did not, so taking saffron extract can be a good stress-relieving effect. 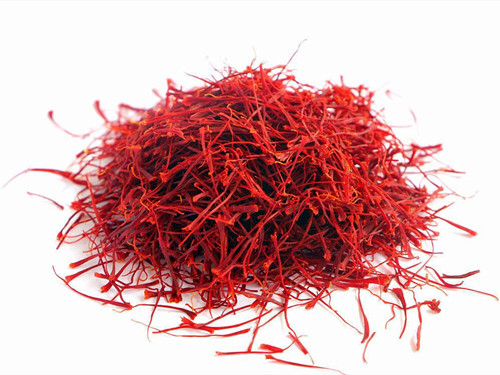 Monchaux De Oliveira et al. studied the inhibitory effect of saffron extract on serotonin reabsorption. Serotonin is a neurotransmitter that can make people feel happy and reduce symptoms of depression and anxiety. Currently, mainstream antidepressants can increase the level of serotonin in the body and improve symptoms by inhibiting the reabsorption of serotonin. The Forced swim test (FST) model was used to test the overall performance of mice swimming. The mice were divided into a blank group, a control group, a group given saffron before swimming, and a group given saffron after swimming. The latter three groups were forced to swim and were given either a placebo or saffron extract (6.25mg/kg dose). During the experiment, it was found that feeding saffron extract before swimming could reduce the resting time of mice and increase their swimming and climbing ability. Subsequent biochemical analysis showed that the expression of serotonin transporter and the content of 5-hydroxyindoleacetic acid (5-HIAA), a metabolite of serotonin, were decreased in mice in the pre-swimming group. This showed that the process of serotonin reabsorption and circulation metabolism of mice were inhibited, which could improve the level of serotonin in the body of mice and enhance the psychological ability to withstand pressure in the face of desperation.

Saffron has also been shown to help with anxiety, sleep and premenstrual syndrome (PMS) in women. Hosien Shahdadi’s team from Iran conducted a large clinical trial of saffron for improving sleep. Fifty people with moderate or severe insomnia were randomly divided, and each group was given 300mg saffron pollen (not extracted) or placebo. After one week, most of the insomnia state of saffron group changed from severe or moderate insomnia to normal or mild insomnia, while there was no significant change in the control group. This shows that saffron has a very significant improvement effect on people with poor sleep. 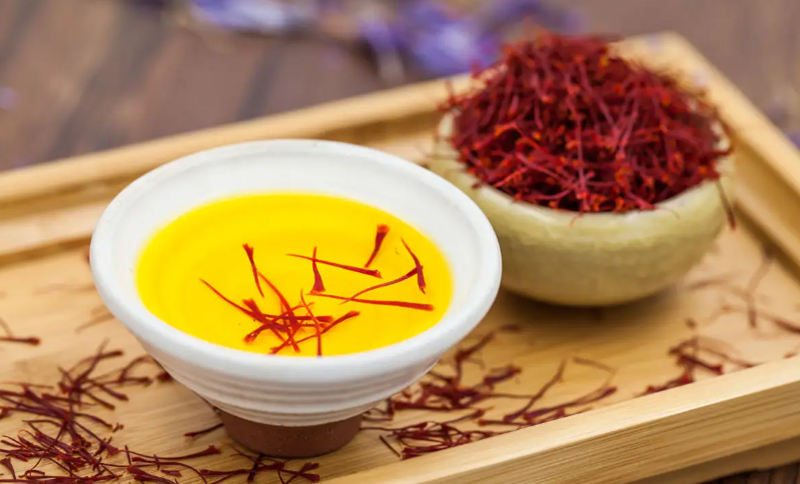 Shahin Akhondzadeh’s team conducted a series of saffron anti-depression clinical studies. Participants took 30mg saffron extract every day for 1-2 months, and the symptoms of anxiety and depression were significantly relieved and improved. And the effect is comparable to that of antidepressant drugs such as imipramine, 100mg a day, or Prozac, 20mg a day.

In addition to improving anxiety and aiding sleep, saffron has an excellent conditioning effect on women’s premenstrual syndrome and menstrual discomfort, such as physiological or mood swings such as premenstrual abdominal pain, diarrhea, headaches, irritability, and menstrual symptoms such as dysmenorrhea. A study in Iran showed that 60% of saffron subjects experienced a 50% or greater reduction in PMS severity (insomnia, headache, and fatigue) (P<0.001), as well as a significant reduction in anxiety (anxiety, irritability, mood swings) (P<0.001). So saffron is a health boon for female consumers.

Which is better, saffron or saffron extract?

Saffron is useful for premenstrual abdominal pain, menstrual discomfort, sub-healthy people, insomnia people and people with headaches or stress. At present, the most common saffron products on the market are dried flowers, and some people should not take too much due to physical reasons. The effective dose of the extracted saffron extract is lower and more effective. Taking 30mg of concentrated saffron extract every day is equivalent to 150mg of saffron stamens, about 30-50 pieces of saffron stamens, while the actual long-term cost is much lower than the price of the same kind of saffron silk. In addition, saffron extract is milder and safer to take. Therefore, saffron extract is expected to become a “psychological medicine” in the post-epidemic era, and has a wide application prospect in relieving pressure, anti-anxiety and female menstrual conditioning.