You are here: Home1 / Blog2 / blog3 / Quercetin VS Isoquercetin

Quercetin and Isoquercetin are the flavonoid antioxidant found in foods such as cranberry, blueberry extract and other plant-based foods, including leafy greens, tomatoes, berries, and broccoli. Quercetin is an antioxidant compound present in many plants and an excellent food supplement for boosting immunity, reducing allergic reactions, and improving cardiovascular health. It can also reduce blood pressure and improve athletic performance. It’s technically considered a “plant pigment,” which is exactly why it’s found in dark, nutrient-rich fruits and vegetables. Many studies have shown that quercetin, considered one of the most abundant antioxidants in the human diet, helps healthy cell proliferation and cardiovascular immunity. Its powerful antioxidant properties enable it to scavenge free radicals, aid in cell regulation, and promote DNA integrity. In addition, quercetin helps the body maintain adequate glutathione levels during oxidative stress and supports immune regulation. 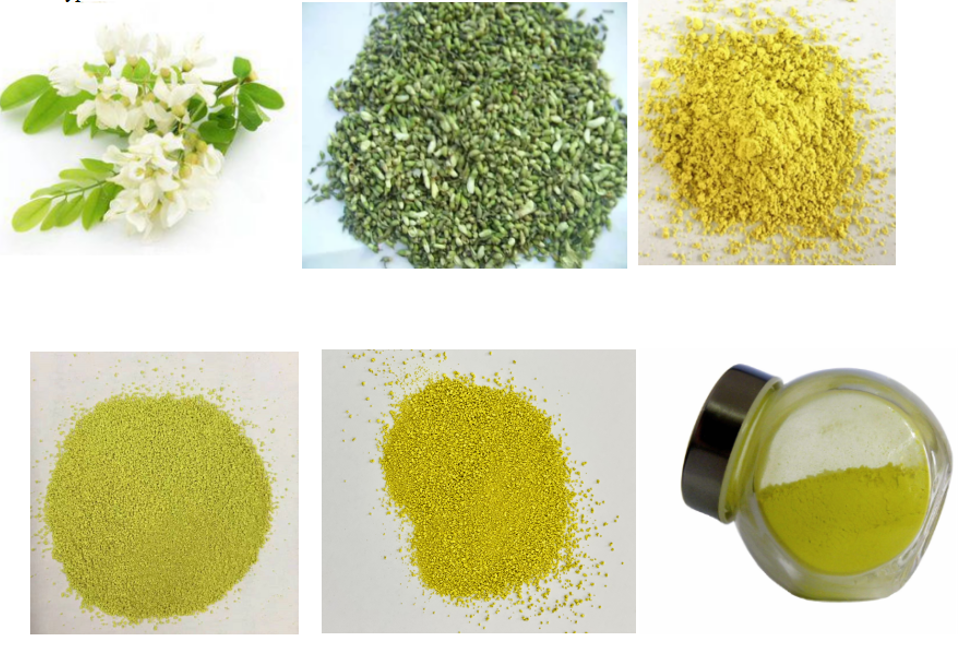 Quercetin is the base of many flavonoids, such as rutin and isoquercetin. Isoquercitrin (Isoquercitrin), also known as isoquercetin, quercetin – 3-O-glucoside. Studies have shown that isoquercetin has higher bioavailability than quercetin or Rutin. Despite the differences between these two flavonoids, their pharmacological activities are similar. Both bind to the active site of the enzyme lanosterol synthase. Because of their similarity, they have good drug discovery potential. The available data show that quercetin differs from isoquercetin in the following ways:

The bioavailability of quercetin depends on how quickly it is absorbed in the body. Quercetin occurs naturally in its form as a glycoside that is not broken down and absorbed by the body’s enzymes but is metabolized (hydrolyzed) by bacteria in the gut. However, metabolites are still thought to retain a weaker version of the positive effects exhibited by the original glycosides in vitro. The enzyme and activity delivery mechanisms of cells in the small intestine interact with the glucose component of the isoquercetin molecule to accelerate their uptake and conversion to quercetin. Without the glucose component, absorption of quercetin in the small intestine would occur through a slower, less efficient process called passive diffusion. During a human being’s lifetime, quercetin has a half-life of 3 to 11 hours.

Although the benefits of quercetin are well documented, many people do not have easy access to this substance. Moreover, some may not consume it regularly or in a way that is bioavailable to their bodies. Therefore, there is a need for better methods and compositions that make quercetin bioavailable to a larger audience. Rainbow Biotech extracted Rutin powder from Sophora Japonica Extract and then desugarizing. One sugar (rhamnose) was removed to form isoquercetin, and two sugars (glucose + rhamnose) were removed to form quercetin. Want to get their quotation? Contact us today.