You are here: Home1 / Blog2 / blog3 / Pterostilbene VS Resveratrol

Resveratrol and pterostilbene are common ingredients in some fruits, vegetables and plants. Both are found in red wine, cranberries, blueberries, strawberries, and dark chocolate. They are considered phytoalexins, a class of antioxidants produced by plants as a defense against harmful organisms. In recent years, some dietary supplement brands such as ReserveAge Nutrition, Life Extension, etc., claim that they contain antioxidant quercetin, resveratrol, rosewood and pterostilbene that can be used to delay aging. Structurally, pterostilbene and resveratrol are similar, and they also have a variety of similar biological activities such as anti-inflammatory, antioxidant, anti-aging, and cardiovascular protection. Research on pterostilbene and resveratrol is mixed. In this article, we’ll explore the differences between them, and is pterostilbene more effective than resveratrol? 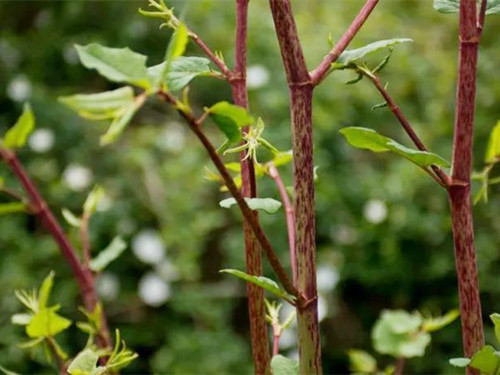 Resveratrol is a polyphenolic compound first isolated from the roots of the Veratrum grandiflorum plant in Japan in 1940. Later, resveratrol was found in grapes, and plants such as mulberry, pomegranate, cranberry and blueberry, and even in peanuts. It was originally thought to be a Phytoalexin — every plant in nature has a weapon to protect itself. Resveratrol is a phytotoxin produced by the grape itself to prevent mold infection during growth.

Scientists have found that resveratrol has antibacterial, anti-inflammatory, anti-allergic, lipid-lowering, antioxidant, and cardiovascular protective effects. It protects the heart because resveratrol dilates blood vessels, fights inflammation and scours free radicals produced by oxidation. In recent years, its antitumor activity has attracted much attention. Resveratrol can not only inhibit the expression of matrix metalloproteinase (MMP) in malignant tumor cells such as multiple myeloma and cervical cancer, but also reduce the expression of extracellular MMP-inducible factors by activating peroxisome proliferator receptor, and inhibit the metastasis of tumor cells.

Pterostilbene is a natural plant compound that was first discovered in Pterocarpus indicus, hence its name. Pterostilbene is found in abundance in certain plants such as grape leaves, blueberries and cranberries. It has been found in the heartwood and leaves of certain plants, including the Indian Kino tree. Pterostilbene is a homologue of resveratrol, but it is easier to enter cells than resveratrol and has better biological activity. It contains two more methoxy groups in the A-benzene ring compared to Resveratrol. This may increase its bioavailability and oral absorption. Its high bioactivity may also contribute to its better absorption through the cell membrane. It is also more easily passed through the blood-brain barrier due to its low molecular weight.

Pterostilbene has a variety of pharmacological activities, including antioxidant, anti-aging, antioxidant and cancer prevention activities, and can inhibit DNA synthesis. The vitro studies have shown that Pterostilbene is cytotoxic to a variety of cancer cells, including those of breast, colon, liver, skin and stomach cancers. At the same time, it also has the functions of reducing fat, neuroprotection and blood glucose metabolism, which can be absorbed by the human body. A large number of evidence shows that Pterostilbene on people’s nerve, cardiovascular, metabolic and hematological diseases of the numerous preventive and therapeutic properties and effects.

Difference between of Pterostilbene and Resveratrol 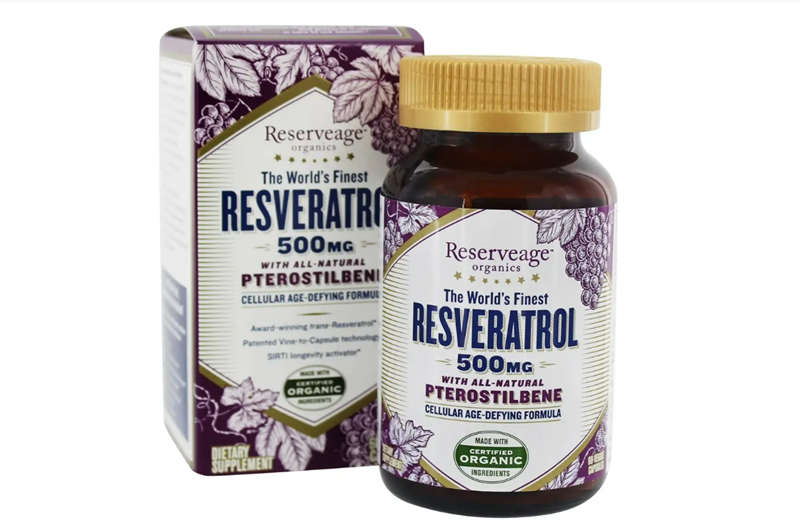 In addition, studies have found that Pterostilbene is better than resveratrol in activating Nrf2 channel (oxidative stress regulation center) and sirtuin longevity gene. Activation of Nrf2 channel can regulate the response of oxidative stress in various organs. It has antioxidant, anti-inflammatory, anti-tumor effects, prevents diabetes, protects the liver, heart, kidneys and other internal organs, and supports the function of the nervous system and immune system. Resveratrol supports cell apoptosis, which is an important factor in the targeted migration of stem cells from blood to tissue. By down-regulating the expression of iNOS and COX-2 genes, Pterostilbene can support the health of the connective tissue. In addition, Pterostilbene has stronger antioxidant activity and can increase the expression of SOD. Resveratrol needs to produce the same effect at a higher dose. Compared with resveratrol, pterostilbene can significantly increase SOD.

In conclusion, pterostilbene has higher bioavailability, metabolic stability, antioxidant activity, membrane permeability and biological activity than resveratrol, but its anti-tumor effect and mechanism are worth further study and research.

Is pterostilbene is safer than resveratrol?

Both pterostilbene and resveratrol are potent antioxidants that support cardiovascular health, glucose metabolism, and a healthy inflammatory balance. Although resveratrol is considered a powerful antioxidant, the more bioavailable pterostilbene is even more effective. In animal studies, large doses of resveratrol and rosewood have been found to cause kidney disease and digestive problems such as abdominal discomfort and diarrhea. In general, there are no safety concerns when taken as prescribed or as normal.