Benefits And Side Effects of Pterostilbene

You are here: Home1 / Blog2 / blog3 / Benefits And Side Effects of Pterostilbene

Pterostilbene is a polyhydroxystilbene (trans-3,5-dimethoxy-4-hydroxystilbene), which is a natural plant antitoxin produced by the plant defense system. This compound was originally found in Vaccinium berries, blueberries, grape leaves, nuts and vines and Pterocarpus marsupium heartwood( red sandalwood), hence its name. The compounds found in pterostilbene are phytoalexins, which are naturally occurring substances that plants produce as a defense against predators.

Studies have shown that Pterostilbene has a good prevention and treatment effect in inhibiting melanin, anti-inflammatory, sun damage, skin tumors and so on, as a kind of natural antioxidant as a substitute for resveratrol. Resveratrol has been known as the most anti-aging, antioxidant function of natural plant components in the 20th century, Pterostilbene is a derivative of Resveratrol in the plant body, they have similar chemical, physiological, pharmacological properties, but the biological activity, stability, bioutilization rate of Pterostilbene is far better than Resveratrol. In this article, we will introduce the benefits and side effects of Pterostilbene. 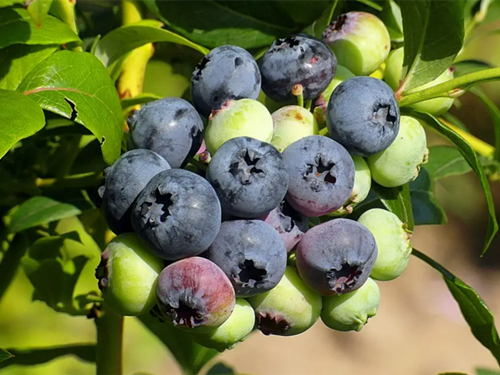 Research has shown that pterostilbene has anti-inflammatory and antioxidant properties, and may have a beneficial effect on cardiovascular health. This compound protects and improves the function of the heart in animal models. Preliminary human trials have indicated that pterostilbene may lower blood pressure.

Therefore, the anti-proliferation effect of pterostilbene on vascular smooth muscle cells may confer a defense mechanism against atherosclerosis and subsequent complications of stenosis. However, further clinical trials are needed to determine the long-term benefits and risks of pterostilbene in the treatment of cardiovascular diseases.

Pterostilbene is a potent antioxidant that balances out free radicals that cause oxidative stress on cells. These free radicals can damage the inner lining of arteries. As a result, antioxidants help to fight against this damage from within the body. Pterostilbene is also known to help regulate blood sugar levels, which is particularly important for individuals with metabolic problems. The rise and fall of blood sugar levels can lead to insulin resistance and other health problems. In one study, pterostilbene increased expression of the PPAR-g gene in hyperlipidemic mice. This is an important protein for lipid-lowering agents. In the same study, it increased the expression of PPAR-a, a key modulator of neural antioxidant activity. This may be beneficial for the treatment of diabetes and other chronic diseases.

In a recent study published in the journal Evidence-based Complementary and Alternative Medicine, researchers from Turkey investigated the effects of Pterostilbene, provided by Sabintha, on diabetic animals. Researchers have found that Pterostilbene can not only control weight loss in diabetic animals, but also effectively reduce blood sugar levels and increase serum insulin levels. Pterostilbene can also reduce the level of malondialdehyde, indicating its antioxidant activity.

The researchers also compared Pterostilbene and resveratrol, and noted that pterostilbene outperformed resveratrol in almost all major parameters due to superior bioavailability and bioactivity. Diabetes is known to impair skeletal muscle structure, morphology and contractility, so the researchers also evaluated it. In this study, rosewood greatly reversed the bone disease caused by diabetes, especially the gastrocnemius muscle physiological parameters were significantly improved.

Excessive Ultraviolet (UV) radiation produces a large number of reactive oxygen species, which can destroy immune homeostasis and lead to acute photodamage, aging and even tumorigenesis of skin. Current studies have shown that the mechanism of skin photodamage caused by UVB is complex, which may be related to the oxidative stress damage caused by ROS production, including superoxide anion, hydroxyl radical and hydrogen peroxide.

Pterostilbene has been shown to effectively reduce acute inflammatory reactions such as skin erythema and edema caused by UV and reduce sunburn cell formation. It could effectively prevent skin cancer induced by chronic UVB(180mJ/cm2, 3 times/week, for 6 months), while resveratrol did not have this effect. It is speculated that it may maintain the antioxidant defense ability of the skin by maintaining the content of glutathione, catalase, superoxide and glutathione peroxidase, and use 8-hydroxy-2 ‘-deoxyguanosine, protein carbonyl and isoprostane as biomarkers to inhibit the oxidative damage induced by UVB. 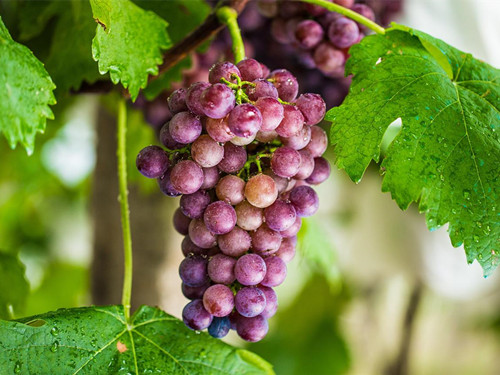 Many plant compounds such as resveratrol and grape seed extract, have inhibitory effects on chemically induced skin tumors in mice. Modulating the survival of intermediate cell biomarkers by inhibiting epidermal hyperplasia and cell proliferation; Reducing the inflammatory marker COX-2, oncogene mutations and cell apoptosis to inhibit the development of skin tumors. The experiments showed that Pterostilbene inhibit the growth of cancer cells and induces apoptosis by changing the cell cycle, and inhibit tumor growth and metastasis in vivo. In addition, Pterostilbene and resveratrol enhanced the expression of antioxidant enzymes, such as heme oxygenase-1 and glutathione reductase, by significantly activating Nrf2.

In addition to its antioxidant and pain-relieving properties, pterostilbene has been shown to increase the expression of key antioxidant enzymes, including glutathione peroxidase and superoxide dismutase. This means that it could be an important agent in the fight against hepatic tumors. If this is true, it would be beneficial to take pterostilbene supplements regularly.

Breast cancer is the most common type of cancer in women. Fortunately, blueberry extract has been shown to inhibit this cancer in vitro and in vivo. It also alters cellular oxidative activity, which may be a key factor in the mechanism of cancer cell death. These findings are consistent with other studies that have shown the antioxidant activity of pterostilbene. Researchers have reported that blueberry consumption may also decrease the risk of colon cancer in animals. However, further studies are needed to evaluate these potential benefits. Until then, there are few studies on the effects of pterostilbene on human health.

This is because it increases the production of O2 and promotes mitochondrial membrane depolarization, which triggers the release of caspases. This results in increased levels of antioxidants in the pancreas, which can fight off disease. Furthermore, it increased the expression of the pro-apoptotic Bax protein. This means that it is a potential candidate for a drug against breast cancer.

The Side Effect Of Pterostilbene

Pterostilbene is considered to be corrosive and dangerous once exposed to the eyes and is an environmental toxin for to aquatic life. A double-blind, randomized, placebo-controlled of healthy human subjects given pterostilbene for 6–8 weeks, showed a safe intake of 250 mg a day may benefit your health. Its chemical relative, resveratrol received FDA GRAS status in 2007 and approval of synthetic resveratrol as a safe compound by the European Food Safety Authority (EFSA) in 2016. Pterostilbene has a longer bioavailability, 80% compared to 20% in resveratrol. There are no reports on the safety and side effects of the intake of Pterostilbene. However, if you have any concerns about the side effects of pterostilbene, please consult your health care professional or pharmacist.