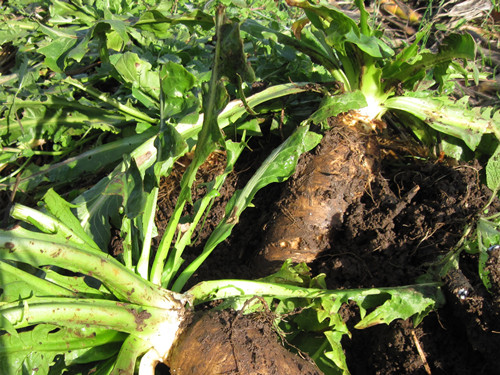 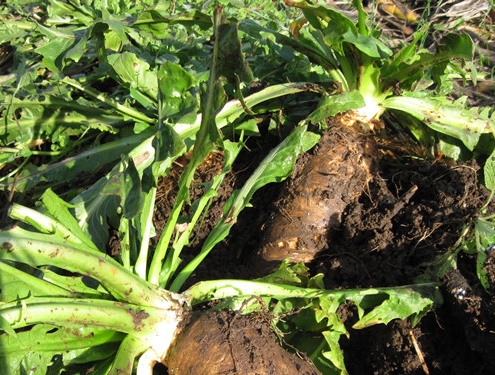 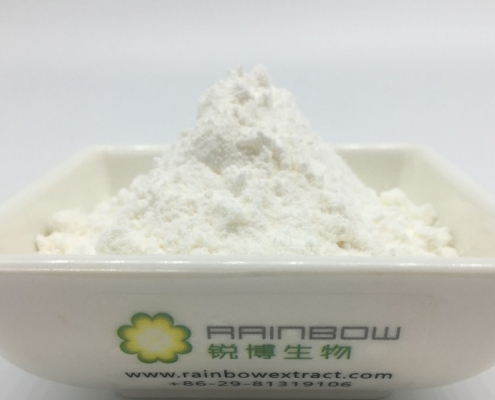 Common chicory, or Cichorium intybus, is a somewhat woody, perennial herbaceous plant of the dandelion family Asteraceae, is one of the earliest known and most widely used raw materials for the manufacture of coffee substitutes. It was originally grown as a forage crop for livestock and many varieties are cultivated for salad leaves, chicons (blanched buds), or roots (var. sativum), which are baked, ground, and used as a coffee substitute and food additive.

Chicory Inulin, which is a polymer of fructose with -(2-1) glycosidic linkages, an extract from chicory root, mostly ending with a glucose unit. The degree of polymerization of chicory inulin ranges mainly between 2 and 60 with an average of 10. It has been used in food manufacturing as a sweetener and source of dietary fiber. Chicory root extract inulin is expected to behave like soluble fiber and to have a hypolipidemic effect. Both the fermentability and the bifidogenic effect of chicory fructooligosaccharides have been confirmed in vivo human studies that were performed by feeding human volunteers a standard diet containing chicory inulin fructooligosaccharides.

Analytical Methods: Inulin levels in food products can be analyzed by the method: AOAC 997.08 and AOAC 999.03.

Rainbow biotech is a bulk supplier of plant-devived or fungus ingredients that serves cosmetic manufacturers, animal feeding producers, food&beverage manufacturers. We manufacture pure inulin powder up to 90% purity, we supply inulin 90% powder that obtained from chicory roots by a hot water extraction process. It is an easy to disperse fine granulated powder, suitable for a wide range of food applications as a naturally-sourced food ingredient. Customized specifications are available for bulk orders and we are able to deliver high-purity minimum order quantity by the kilogram.