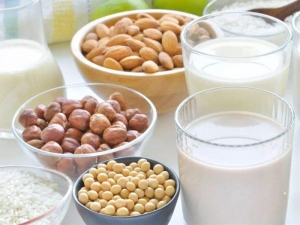 Biology tells us that protein is the material basis of all life, protein is an important component of all human cells and tissues, and amino acid is the basic constituent unit of protein. Proteins are absorbed by the body and converted into amino acids, which are used to make proteins for the body’s cells and improve metabolism. Protein can be divided into plant protein and animal protein from the source, which is also the main source of human protein, so what is the difference between plant protein and animal protein?

What is plant protein?

Protein from protein-rich plant foods. Such as grains, lentils, nuts, beans, and certain fruits such as avocados.

What is animal protein?

Proteins from animals such as meat (beef, lamb, pork, chicken), fish, eggs and dairy products. Animal proteins are more similar in structure and quantity to human proteins because of the automatic object itself.

All these factors will bring about the difference in nutritional value between plant protein and animal protein. For example, animal protein intake is often accompanied by a high intake of saturated fats; Edible soybean includes both soybean protein and functional components such as dietary fiber, isoflavone and soybean phospholipid.

We need dietary protein to provide 20 amino acids; If these amino acids are insufficient, some can be “borrowed” (the body synthesizes non-essential amino acids directly or indirectly from other nutrients), and some must be obtained from food.

Digestibility refers to the degree of decomposition of protein by digestive enzymes and the degree of absorption of amino acids and peptides after digestion. The more food is absorbed by the body, the higher its nutritional value. Plant proteins often coexist with phytic acid, protease inhibitors, phytohemagglutinin, tannic acid and other anti-nutritional factors that affect protein digestion. Due to structural differences, plant proteins tend to have a lower digestibility than animal proteins.

Egg protein is often used as a reference, and its digestibility is 100%. The accepted measure of protein quality is the “Protein Digestibility Corrected Amino Acid Score” (PDCAAS), with a score of 1 meaning that the protein contains all nine essential amino acids that the body needs, and each in the required amount. Currently tied for first place are whey protein, casein, egg protein, and soy protein isolate. Therefore, food processing is particularly important for improving the digestibility of plant protein. Just by cooking food, you can increase protein digestibility by 18%. Soybean meal has a protein digestibility of only 80%, while soy protein isolate can reach 98%.

Compared with animal proteins, plant proteins have many health benefits, including a reduced risk of cardiovascular disease, type 2 diabetes and some cancers. For example, milk protein has the function of controlling body weight and lowering triglycerides, while soy protein isolate has a more obvious effect on lowering blood lipids (triglycerides, total cholesterol and LOW density lipoprotein cholesterol can all be reduced) than milk protein. Soy protein can also lower blood pressure, improve insulin sensitivity, and reduce the level of inflammation in the body. The U.S. Food and Drug Administration has certified that eating 25 grams of soy protein a day can reduce the risk of heart disease. 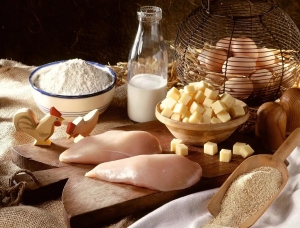 Compared with animal protein, plant protein is more environmentally friendly and sustainable. For example, producing 1 kg of soy protein isolate releases 2.4 kg of carbon dioxide into the environment, while producing the same amount of beef protein is 178 kg! Other animal proteins, such as chicken and pork, also have much higher greenhouse gas emissions than soy. It takes 8 square meters of farmland a year to produce 1 kilogram of soy protein isolate, and 1, 311 square meters of beef protein!

You may be confused about which is better, plant protein or animal protein? That starts with knowing their advantages and disadvantages.

Generally, people consume protein through food. However, most meat foods contain more fat, which leads to excessive intake of extra fat in addition to the required protein, which increases the body fat and plasma cholesterol content and increases the risk of disease.

Many plants, such as quinoa, have high or even good protein. Eating plant-based protein can reduce your intake of saturated fatty acids, which can esterify LDL to lower cholesterol levels and boost your intake of fiber and antioxidants.

And they also have one thing that meat lacks completely: fiber, or dietary fiber, which takes up more room in the stomach and makes you feel full. At the same time, it will absorb a lot of water, increase the volume of excreta in the intestinal tract, and promote intestinal peristalsis.

Amino acids are not easily absorbed by the body. The high content of protease inhibitors in plants is not conducive to the digestion and absorption of protein. Compared with animal protein, plant protein contains more protease inhibitors, and the hydrolysis of plant protein is less sufficient, so it is more unfavorable for human digestion and absorption. Plant proteins appear to be superior in terms of cardiovascular health and weight loss, while animal proteins have an advantage in terms of getting the right amount of nutrients in small amounts.

Modern diets tend to be heavy on animal-based foods, so plant proteins have long been favored. How much protein should you eat each day? Evidence suggests that adult men need 65 grams of protein a day and adult women 55 grams. But the total daily intake should not be too high or you burden your kidneys. We recommend that you eat more vegetables and fruits with high plant protein, and eat meat and poultry with low-fat content in moderation. The balanced distribution of them will make our bodies healthier.

Can the marigold extract be used in cosmetics?
Download Form
[contact-form-7 404 "Not Found"]
Scroll to top