Macleaya cordata, a plant in the poppy family, has been found to contain chelerythrine, fumarine, sanguinarine and other toxic alkaloids. Alkaloids are usually nitrogenous organic compounds derived from plants, usually secondary metabolites of plants, which can protect plants or promote plant growth and metabolism. Most alkaloids have complex nitrogen heterocycles in their molecules and are structurally alkaline and biologically active. Alkaloids may be present in all tissues of the plant body, but for specific plants, they tend to be concentrated in leaves, stems or fruits. In general, the same alkaloid content varies greatly during different growth stages of the plant, depending on the plant’s growth conditions. For example, the contents of sanguinarine and chelidonine in the pod of the fruit harvested in November were 1.8 times and 2.1 times higher than those in July respectively. There are usually several or dozens of alkaloids, for example, about 20 alkaloids in poppy, more than 70 alkaloids in Catharanthus roseus, and about 30 alkaloids in macleaya cordata. 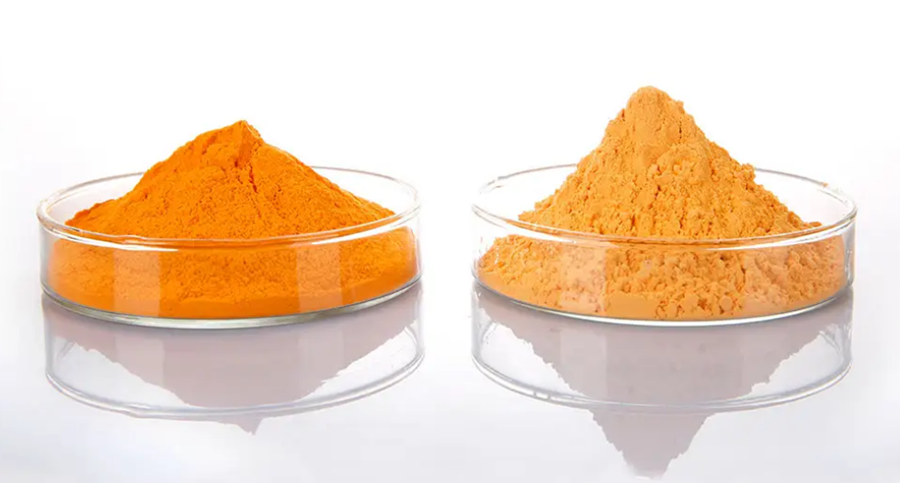 What is Macleaya Cordata Extract

The Macleaya Cordata extract is the yellow powder processed from the fruits, leaves and stalks of Macleaya Cordata. The total content of fumarine and allocryptobase is no less than 60%, has antibacterial, anti-inflammatory and growth promoting effects.

Alkaloids are a kind of natural product with significant biological activity, showing a broad spectrum of pharmacological activities due to the diversity of structure, such as antibacterial, antiviral, anti-tumor, analgesia, anti-inflammatory, anti-arrhythmia, antihypertensive, immune regulation and other functions. There were abundant alkaloids in the fruit and the whole grass of Macleaya Cordata. The chromatographic analysis showed that there were nearly 30 kinds of alkaloids in the roots, and more than 10 chromatographic peaks were larger, indicating that the contents of alkaloids were larger. Macleaya Cordata is toxic, and there are often reports of poisoning and even death after oral or accidental ingestion, because it can cause acute cardiogenic cerebral ischemia syndrome. Animal experiments have proved that Macleaya Cordata injection into rabbit ear vein can cause T wave inversion of electrocardiogram, and multiple ventricular premature contractions, accompanied by transient paroxysmal tachycardia. The maximum lethal dose was 22.5mg/kg for mice.

All the alkaloids found in the Macleaya Cordata are isoquinoline alkaloids, which can be generally divided into the following types: fumarine, allocryptobase and cryptobase. The main contents were sanguinarine, chelidonine, fumarine and allocryptin. Although they are homologous secondary metabolites, their biological activities and medicinal effects vary and their distribution and metabolism patterns in different parts of Macleaya Cordata are also different.

Macleaya Cordata has long been used by Chinese folk as a screwworm-killing herb, which has been proved to be effective in inhibiting the hatching of fly eggs. The experimental results showed that sanguinine, chelidonine and borohuine also had nematoidal and fungal effects, and the alkaloids could also be used to kill plant aphids.

The alkaloids can inhibit solid tumors and induce apoptosis, which may be one of the important mechanisms of anti-virus and anti-tumor effects. Chelidonine is a selective protein kinase that is widely used in anti-tumor and cell signal propagation related to cell proliferation and regeneration. Serine also showed weak antitumor activity, but it mainly interfered with the DOUBLE helix structure of DNA and was less selective to normal and tumor cells than chelidonine.

Macleaya Cordata alkaloids can inhibit the activity of cholinesterase, stimulate the secretion of saliva, and has diuretic peripheral anti-adrenolysis sympathetic effect, and can inhibit the decarboxygenase of aromatic amino acid. It can regulate the tryptophan – 5-hydroxytryptamine metabolic pathway through this effect and increase the feed intake of animals. The QBA contained in Macleaya Cordata may exert antibacterial and anti-inflammatory effects through intestinal contact, thus reducing the diarrhea rate of weaned piglets and ensuring the healthy growth of pigs. At present, there are few animal studies on the application of Macleaya Cordata alkaloid, and the related mechanism and effectiveness need to be further confirmed.