What is Long Chain triglyceride (LCT)?

What is medium chain triglyceride (MCT)? 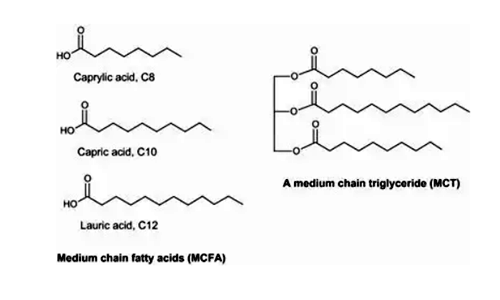 MCT has a faster digestion rate(hydrolysis)

Triglycerides are mainly emulsified into tiny colloidal droplets by bile acids in the small intestine and hydrolyzed into two fatty acids and one glycerol monomer under the action of pancreatic lipase, which are then absorbed by intestinal epithelial cells. Digestion of MCT is faster than that of LCT. MCT powder has better water solubility, and it is not bile emulsified in the small intestine. Its hydrolysis rate is 6 times that of LCT, and it is absorbed in the intestinal mucosal epithelial cells in the form of glycerin and MCFA.

MCT has a faster absorption rate

It takes only a few minutes for the fatty acids to be absorbed directly from the epithelial cells of the intestine and then into the bloodstream through the hepatic portal vein. Long-chain fatty acids must recombine with glycerol in the intestinal epithelial cells to form triglycerides, and then form chylomicrons with apolipoprotein, phospholipids and cholesterol before entering the blood circulation through the lymphatic system, which takes 3-4 hours.

Therefore, MCT are absorbed faster than LCT and are a nutrient that provides energy quickly. 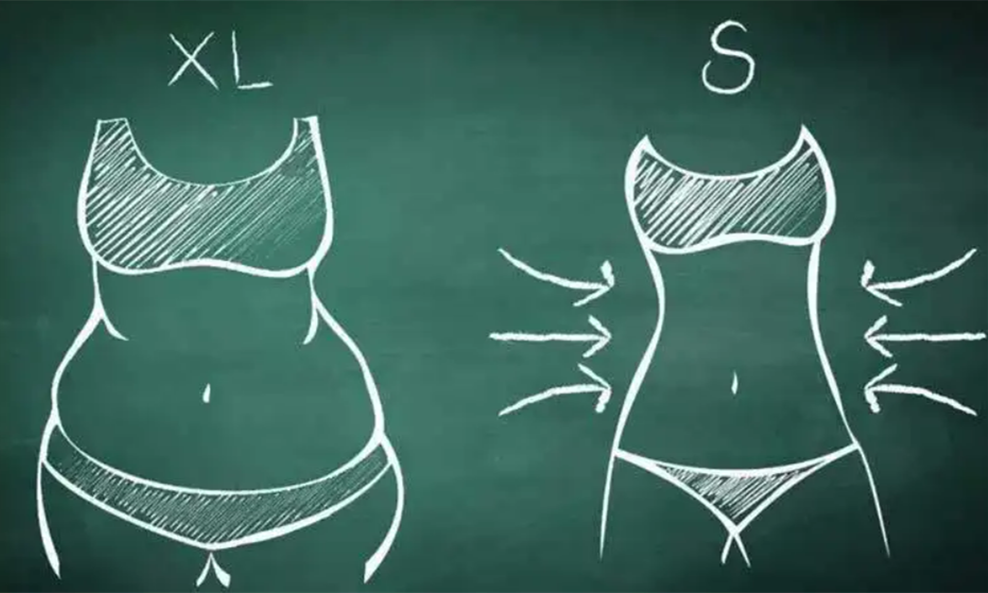 Long-chain fatty acids are partially hydrolyzed by lipase from tongue in the mouth and gastric juice. However, the upper part of the small intestine, where pancreatic lipase and colipase are secreted by pancreatic fluid, intestinal lipase from intestinal fluid, and bile from the gallbladder produced by the liver, is the main site for fat digestion. About 70% of the fat is hydrolyzed by pancreatic lipase. The ingested MCT is broken down by lipase in the stomach and duodenum into glycerol and medium-chain fatty acids (MCFA). The effect of MCT on gastrointestinal tract is different from that of LCT, and the inhibition of gastric emptyation (duodenal gastric feedback inhibition) is weak, but the stimulation of cholecystokinin release is stronger than that of LCT, and the stimulation of pancreatic secretion is the same as that of LCT. The oxidative metabolism and transformation rate of MCFA in liver is as fast as that of glucose, and the oxidation site is in mitochondria. When crossing the mitochondrial membrane, MCFA does not rely on Carnitine as a carrier as LCT, so the oxidation rate is faster than LCT.

Animal experiments were conducted to study the effects of MCT and LCT on lipid and energy metabolism, and it was found that MCT intake reduced body weight and feed efficiency compared with LCT intake. Studies in rats have shown that weight gain in rats injected with MCT is 1/3 of that in rats injected with LCT. It has been suggested that long-term replacement of LCT with MCT can lead to weight loss without reducing energy intake. Most population studies have also shown that MCT intake increases energy expenditure compared with LCT. Some human studies have shown that 54% to 85% of MCTS are oxidized for energy during endurance sports.

A Japanese study increased the percentage of fat in subjects’ diets, with about 1,000 calories coming from fat for every 2,500 calories consumed per day. A comparative study showed that compared with the LCT group, the MCT group had increased energy expenditure and fat oxidation and had no medium-chain fatty acids in their red blood cells. This suggests that medium-chain fatty acids do not accumulate in the body. And people who took MCT felt more full because of the increased rate of heating after digestion of foods containing MCTS compared to foods with the same caloric content of LCT.