Echinacea is a genus of perennial herbs from Compositae family native to North America.  Its tall stems bear single purple or brown flowers with a central cone. The large cone, which is actually a seed head, contains spines. There are several varieties of this genus, the most commonly developed for medicinal use are Echinacea purpurea, also known as purple coneflower, and narrow-leaf echinacea(echinacea angustifolia). This beautiful flower is native to the United States and southern Canada and is now being introduced and cultivated in Europe and Asia. Echinacea has a long history of use dating back many years when Native Americans used it to treat venomous snakes and insect bites and herpes. In recent years, Echinacea is famous for its immune-stimulating effect and is a popular immunomodulator in the world. Studies have shown that Echinacea and its active components have direct effects on non-specific cellular immunity.

The water-extract from the aboveground part of Echinacea contains glycoproteins, alkamides, volatile oils and a variety of immune-stimulating polysaccharides: methyl-glucosaldehyde – arabinosaccharide – xylan and arabinosaccharide – rhamnogalactosa, and a variety of isobutyl amides such as echinechinamide. Echinacea purpurea contains rich of chicoric acid while echinacea angustifolia extract mainly contains echinacoside and a small amount of artichoke. The herb’s therapeutic properties are believed to be the result of its many chemical components. In recent laboratory studies, Echinacea angustifolia extract is found effective in reducing anxiety. At present, the pharmacological applications of echinacoside reported mainly include anti-aging, memory enhancement and neuroprotection, etc. At present, there are few studies on the relevant mechanism of action, which may be related to its antioxidant and anti-apoptosis effects on nerve cells. 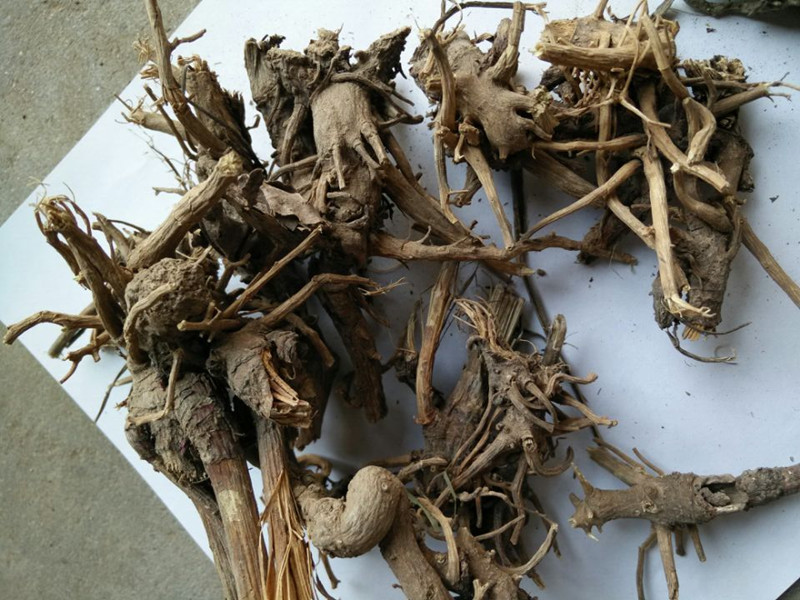 This herb is effective in reducing anxiety levels in a variety of situations and is much safer than conventional medications. Studies have shown that the plant’s alkamides, rosmarinic acid, and caffeic acid also can all reduce anxiety levels. However, further studies are needed to confirm the results and determine whether echinacea is an effective treatment for anxiety. The benefits of echinacea root are well documented. A study in plant cell cultures showed that Echinacea root extracts do not stimulate erythropoietin production, which suggests that echinacea may have beneficial effects on the immune system.

Noting, taking herbs is a time-honored approach to strengthening the body, however, you should be aware of the risks of taking herbs. Some adverse effects of echinacea include diarrhea, heartburn, and stomach pain, vomiting and a rash. They contain active substances that can cause side effects and interact with other supplements, medications, and supplements. You should consult a doctor before using any herb. For instance, echinacea may reduce the effectiveness of certain medications that suppress the immune system, and people receiving organ transplants should not take them.