How To Distinguish Horse Chestnuts And Edible Chestnuts?

You are here: Home1 / Blog2 / blog3 / How To Distinguish Horse Chestnuts And Edible Chestnuts?

Chestnut tress is found naturally in the field of Europe and Asian mainland and landscape or also planted in orchards for nut production. The common horse chestnut and the edible chestnut are two common types of chestnuts, they also have cupules with narrow spikes and a single ring-shaped berry with thick shells, hairless leaves and oval “leaflets”. Both of these nuts are large deciduous trees from the Sapindaceae family, a single tree can reach up to 30 meters.

Horse chestnuts tree is in the genera Aesculus family, may also be referred to as buckeyes in some places. Horse chestnuts are the fruit of the Ross Kastanie tree (Aesculus hippocastanum), which looks similar to edible chestnuts, that’s the sweet chestnut. It contains toxins, has inedible nuts and has been planted as ornamentals, and is sometimes incorrectly represented as an edible variety. While horse chestnuts are not edible, mostly it’s used for medicinal purposes.

Edible chestnut is originally from China and other Asia area, is one of the earliest edible nuts in the world, and they are often delicious and are therefore easily eaten by humans. Actually, edible chestnuts and horse chestnuts are various in many terms. The following comparison will help you determine what variety are they. Read on if you are interested. Since they are so similar in appearance, how do you tell the two relatives apart?

First of all, the leaves of edible chestnuts are elongated and simple with serrated edges. The European horse-chestnut is a palm-like compound leaf, usually with seven small leaves, hence the name horse-chestnut.

Let’s look at the “shell” of the fruit. The shell of the edible chestnut is prickly and full of thorns, it has a woody, dry shell that is difficult to open, and some have small cracks when ripe. 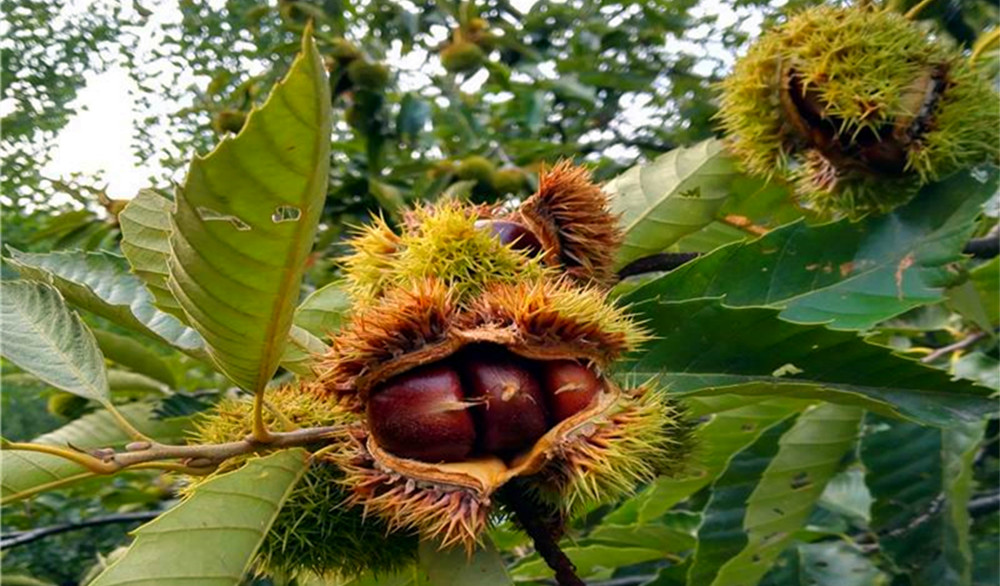 The horse chestnut is bitter while the edible chestnut is sweet, as its name implies. The edible chestnut is rich in starch, monosaccharides and disaccharides, carotene, thiamine, riboflavin, niacin, ascorbic acid, protein, fat, vitamins and other nutrients. It can help prevent cardiovascular disease and osteoporosis. In addition, it is great for making bread and can be made into pies.

These two types of chestnuts have similar characteristics. Unlike the sweet chestnut, horse chestnut is poisonous and honeybees won’t even touch it. Even it is toxic, horse chestnuts have several health benefits. They contain ellagic acid, a substance that helps reduce the risk of cardiovascular problems. They also contain potassium and magnesium, which help prevent heart disease and lower blood pressure. For this reason, they are popular in Asian and Indian cuisines. Although they are not edible, some Native Americans use them as part of their diet. In fact, some people use horse chestnut extract to treat hemorrhoids and chronic venous insufficiency. Whether you eat them raw or cooked, they contain a toxin, which causes vomiting and paralysis. The toxin can’t be leached out of the rind. This is why horse chestnuts are poisonous to humans.

What Is Dandelion Extract Good For?
Download Form
[contact-form-7 404 "Not Found"]
Scroll to top