Glucans can be divided into alpha and beta types according to the orientation of the hydroxyl group in the glucose unit of the structure. If the two -OH in the monomer are in opposite directions, they are called α-glucan, and if they are in the same direction, they are called β-glucan. In simple terms, Beta-Glucan is a fibrous polysaccharide linked by glycosidic bonds of glucose units.
Beta-glucan is found in the cell walls of fungi, algae, and bacteria, and also occurs most commonly in oats and yeast, algae and maitake mushrooms. It has been shown to have a variety of therapeutic effects, including improving the health of the skin, decreasing cholesterol levels, and boosting the immune system. Beta-glucan has anti-inflammatory properties and can be beneficial for skin in many ways, which can help reduce swelling, and prevent redness, itching and inflammation of the skin. It soothes and calms irritated skin and can even help heal wounds, it also helps protect against sunburn and the redness associated with UV light. Oat beta-glucan is a safe, natural ingredient that is a common active ingredient in cosmetic products and is used in anti-aging, whitening and moisturizing products. Today follow us to learn how oat beta-glucan works on the skin.

Anti-inflammatory and antioxidant properties
This ingredient has anti-inflammatory and antioxidant properties, which is why it is often used to treat skin disorders. Studies have shown that beta-glucan can effectively activate macrophages, the basic cells of the immune system, to improve the immune defense against harmful bacteria and inflammatory factors. Macrophages clear damaged skin components, produce epidermal growth factor and further stimulate fibroblast proliferation. At the same time, β-glucan can also accelerate keratinocyte migration, promote the production of collagen and hyaluronic acid necessary for wound healing, and effectively repair damaged tissue. In addition, β-glucan can also promote more interstitial regeneration, thus helping to repair the skin barrier, especially for the repair of sensitive skin damage. Polysaccharides can be used as prebiotics, can be used as food for probiotics on the skin surface, so that the beneficial bacteria on the skin surface and between the beneficial bacteria and skin cells can better interact. More effective in building microbial barriers.

Moisturizing
Besides its anti-inflammatory effect, oat beta-glucan is also known for its moisturizing qualities. These properties are particularly beneficial for dry and sensitive skin. Oats have been used for centuries to treat various skin conditions. The moisturizing properties of beta-glucan are especially helpful for dry skin. Represented by hyaluronic acid and trehalose, polysaccharides can form a thin film on the skin surface, absorbing water from the environment and reducing water evaporation on the skin’s surface. Unlike hyaluronic acid and most other moisturizing emollients, β-glucan does not simply act on the skin surface but penetrates deep into the cellular and molecular level. Under good osmosis, β-glucan has the ability to improve skin condition from the inside out and help skin retain moisture. The Canadian team, using a dye-tracking test on a human skin model, were surprised to observe the apparent penetration of beta-glucan into the cuticle and epidermis.

Beta-glucan penetrates the skin not directly through the cells but through the intercellular Spaces. A beta glucan skincare product will also help increase your skin’s moisture levels, which helps repair skin damage. It is especially good for dry skin. It’s like water penetrating a brick wall, not through the brick, but through the concrete that connects the brick. On the one hand, β-glucan has a long chain polymer polysaccharide structure, which can form a layer of moisturizing film on the skin surface, effectively locking the water in the skin; Beta-glucan, on the other hand, stimulates the production of hyaluronic acid in keratinocytes and fibroblasts of the skin, providing better hydration. In addition, β-glucan has good film formation but is not sticky, which helps to improve the use of moisturizing formula. 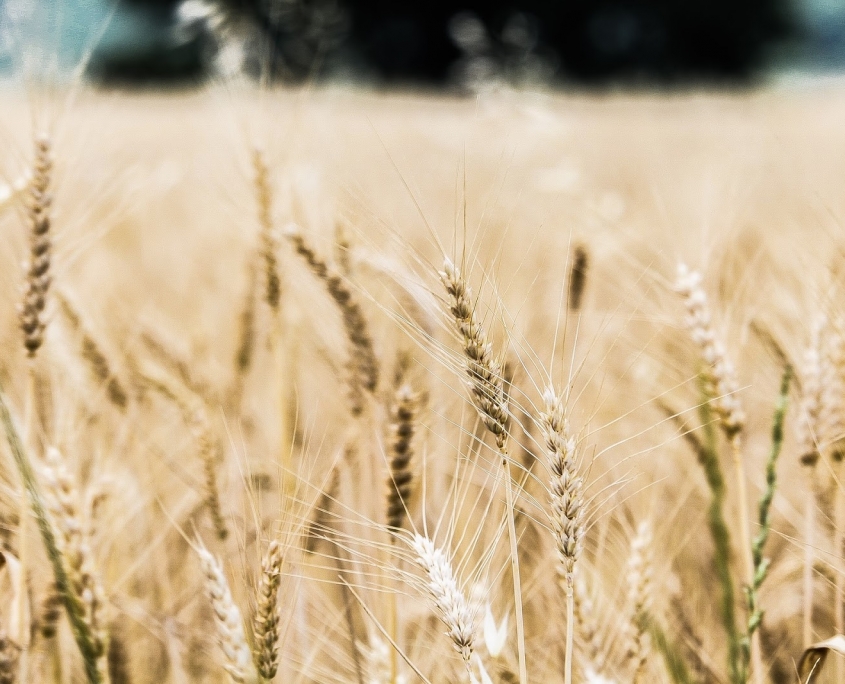 Soothes and calms
They’re odorless and gentle on the skin. oat beta-glucan is an excellent ingredient to soothe and calm irritated skin. It’s a hygroscopic substance that provides a moisture-rich environment for quick wound healing. It’s also an effective anti-inflammatory agent. It’s an excellent way to fight acne breakouts, and it can improve the appearance of rough, dry skin. Its anti-microbial properties prevent the formation of acne-causing bacteria. They tighten the skin’s skin barrier and help to eliminate free radicals. They improve the skin’s immunity and help to control chronic metabolic diseases.
Clinical studies have shown that β-glucan has significant anti-inflammatory and anti-allergic activity, which can resist external physical or chemical stimulation, such as ultraviolet stimulation, irritating ingredients on the skin irritation. β-glucan has the effect of relieving allergic skin inflammation caused by excessive “brushing acid”. Studies have shown that 0.2% concentration of beta-glucan has the same anti-inflammatory effect as cosmetics containing 1% hydrocortisone.

Reduce signs of aging
Beta glucan also has an anti-aging effect. They fight against cell damage caused by sun exposure, age, environmental toxins and bacterial infection, which can cause aging signs. The nutrient helps to restore moisture to the skin and improves the appearance of fine lines. Its anti-irritant properties help to relieve redness and reduce the risk of sunburn. It also stimulates the production of collagen, which smoothes fine lines and reduces wrinkle depth. Beta-glucan also has antioxidant properties, and it protects the skin from UV damage. Choosing a beta-glucan for skin care can help repair and protect the skin from the ravages of time and exposure to the sun’s ultraviolet rays.
Unlike other anti-aging ingredients that prevent skin aging by protecting the sun and removing free radicals, β-glucan fundamentally improves the natural vitality of skin cells and plays a synergistic role in the skin’s natural renewal process. There are also immune cells in skin tissue. When recognized by immunoactive cells, β-glucan can activate immune cells to promote the secretion of epidermal growth factor (EGF), and further regulate the synthesis of collagen and elastin, so as to improve skin appearance and eliminate wrinkles. Langerheim cells in the skin are involved in the defense and immunity of the skin. The effect of ultraviolet light can inhibit the activity of the Langerheim cells. One study showed that β-glucan can promote the proliferation of Langerheim cells, which can enhance the skin’s immunity.

Helps heal skin wounds
Glucan therapy has been shown to benefit a variety of skin wounds, it creates an occlusive barrier to protect sensitive nerve endings, and also provides a moist wound-healing environment. Several studies have demonstrated that it effectively treats postoperative wounds and burns. It has been shown to benefit antibiotic therapies, leg ulcers, and diabetic ulcers. It has been shown to reduce inflammation, pain, and swelling and eliminate secondary infections after surgery, accelerates the healing process, and protect against bacterial infections. It is also a powerful antioxidant that can help prevent scarring, promote the formation of collagen and the regeneration of fibrous tissue.
A new study has demonstrated that glucans stimulate macrophages to increase wound healing. It is believed that the macrophage stimulates fibroblasts to produce more collagen, a protein that aids wound repair. In addition, the study has also demonstrated that glucans improve the skin’s resistance to chemicals and sun damage. The FDA has approved beta-glucan for use in burn trauma treatment products.

Oat beta-glucan can be found in various products that are designed to soothe and heal irritated skin. Whether you’re a sufferer of dermatitis, eczema, or any other inflammatory skin condition, you can get relief with oat beta-glucan. Beta-glucan can be consumed orally and applied topically. They include lotions, toners, creams, and other moisturizers, which help heal skin by providing a protective barrier.

Click here to see our more about β -glucan information: