Blog
You are here: Home1 / Blog2 / blog3 / How Liquorice Extract Benefits For Skin? 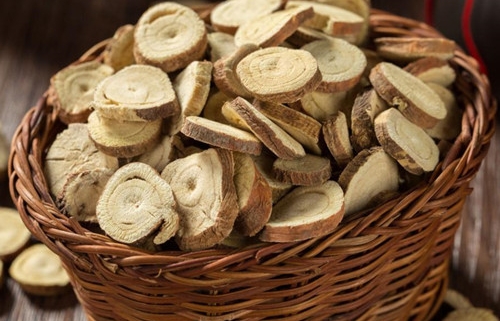 Liquorice(Licorice) or Glycyrrhiza glabra, is one of the ancient herbs in the world and is commonly used in India as a folk aid to eye diseases, throat infections, stomach ulcers, arthritis and liver disease. The extract of Liquorice root mainly contains triterpenoids, flavonoids, polysaccharides, and some organic acids, amino acids, alkaloids, coumarins and other compounds. Glycyrrhetinic acid and Glabridin are two active ingredients commonly used in cosmetic and skincare products. 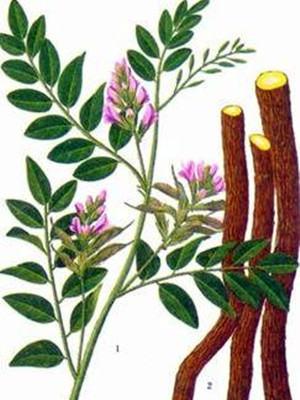 Glycyrrhizin can regulate inflammation and oxidative stress and inhibits certain inflammatory mediators, thereby preventing inflammation and damage caused by reactive oxygen species. It makes prostaglandin, PGE2 and PGE2α inactive metabolites by inhibiting enzyme activity. This increases the levels of prostaglandins in the digestive system, which, while suppressing gastric juices, stimulate the production of pancreatic and intestinal mucus. That’s probably why glycyrrhizin relieves stomach ulcers. Can activate corticosteroids (inhibit metabolic enzymes), indirectly enhance the role of corticosteroids, can be used in cream, cream, water, dew, emulsion, milk and honey and other cosmetics, it can neutralize or remove or reduce the toxic substances of cosmetics, also can prevent some cosmetics allergic reactions.

A comprehensive experiment, carried out by Yokota et al, tested the melanin-inhibiting and anti-inflammatory effects of glabridin, and also studied the relationship between the structure of the compound and its efficacy. In order to test the whitening activity of glabridin, pigmentation caused by violet radiation was used in the experiment. At the same time, a histological study was carried out on the skin of the application site. This part of skin tissue was applied with 0.1% dopa, and the number of dopa-positive melanocytes per square millimeter area was calculated by a light microscope. The inhibitory effect of glabridin on melanin formation was estimated. Surface tissue studies showed that the drug group had fewer dopa-positive melanocytes, and glabridin also increased skin shine. The researchers concluded that glabridin in licorice root not only inhibits melanin formation but also acts as an anti-inflammatory. These effects of glabridin were also observed to be related to its chemical structure. The main mechanism of glabridin inhibiting melanin is as follows: 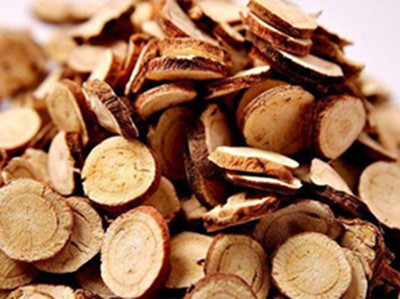 Human tyrosinase is an essential enzyme that regularly produces melanin to make skin, hair, or eyes darker. Skin exposure to UV light is known to cause some reactions (such as inflammation) due to the destruction of the phospholipid membrane of skin tissues by uV-induced reactive oxygen species (ROS), resulting in erythema and pigmentation. Reactive oxygen species is a substance that can cause skin pigmentation, so inhibiting its production can inhibit melanin production.

The anti-inflammatory activity of glabridin was verified. Pigmentation induced by UV irradiation in guinea pigs and then application of 0.5% licorice solution showed that licorice reduced skin inflammation caused by UV stimulation. The degree of inflammation reduction can be calculated by recording colorimeter readings before and after exposure and using glabridin. The researchers studied the cyclooxygenase-inhibiting activity of glabridin. Cyclooxygenase is an enzyme that converts arachidonic acid into prostaglandins, which are inflammatory agents. Cyclooxygenase inhibition was achieved by glycyrdinin alone compared with the control group (treated with a current cyclooxygenase inhibitor, indoxine). It is believed that glabridin affects arachidonic acid production by inhibiting cycoperoxidase, which reduces inflammation.

Glabridin has antioxidant properties, as well as whitening (inhibits melanin formation) and anti-inflammatory properties. It has been reported that licorice can be used to reduce the corticosteroids of infectious skin diseases and can enhance the effects of steroids. Glabridin has excellent anti-inflammatory, antioxidant and anti-melanin formation effects, and is often used as an ingredient in various cosmetics and medical care products (such as creams, lotions, body washes, etc.).

How do I plant purple coneflower at home?
Download Form
[contact-form-7 404 "Not Found"]
Scroll to top