You are here: Home1 / Blog2 / blog3 / How Echinacea Benefit Extract For Immune System

Echinacea is a common plant found in many parts of the world, native Americans used Echinacea to treat snakebites, gum and mouth ailments, colds, coughs, septicaemia, sore throats, and gastrointestinal pain. It is the most widely used plant in the United States and remained on the official list of plants used until the 1940s, but was later dropped when it was replaced by antibiotics.

Today, you may buy its preparation product online or in the supermarket or pharmacy. As a dietary supplement, you can purchase echinacea supplements in liquids, tinctures, or tablets for immunosuppressive drugs. The drugs containing echinacea extracts is commonly used to reduce the time it takes to heal from a cold or flu. It is also used to treat sinusitis and bronchitis, and echinacea ointment speeds the healing of hard-to-heal wounds. Do you know how it benefits the immune system? Echinacea contains several compounds that can enhance the immune system. Let’s begin with its active ingredients? 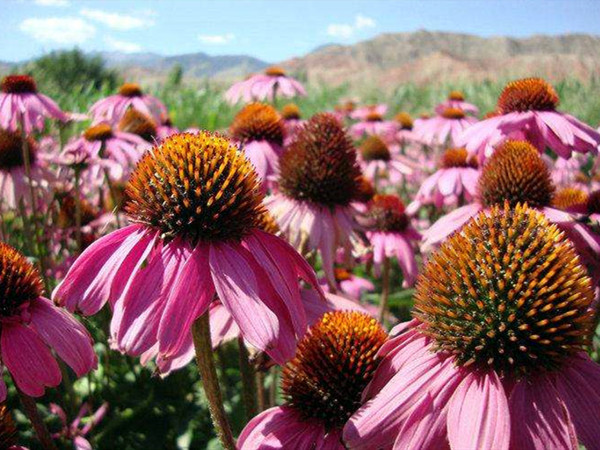 The main active components of echinacea are caffeic acid and its derivatives, alkylamide compounds, polysaccharides and glycoproteins. Caffeic acid derivatives (CADs) are one of the common phenolic acids in Echinacea Purpurea. CADs is a kind of metabolites of hydroxyl cinnamate esters containing basic structural units of Caffeic acid and is the main active component of Echinacea Purpurea. At present, 15 CADs, such as caffeic acid, chicory acid, chlorogenic acid, echinoside and artichoic acid, have been isolated and identified from Echinacea. CADs has been found to inhibit hyaluronidase, a key enzyme involved in bacterial infection, with significant immune stimulation and anti-inflammatory effects, as well as strong antioxidant effects. Alkyl amide is a kind of non-polar active component of echinacea, which mainly exists in the root. At present, more than 20 alkylamides from echinacea have been identified. These alkylamides mainly consist of olefins and/or isobutenamide with straight chain fatty acids of acetylene bond, and the alkyl fraction is 4-5 carbon alkyl. The content of alkylamides can be used as an important quality control index of echinacea preparation.

Echinacea contains many macromolecules such as polysaccharide and glycoprotein. Two immune polysaccharides, 4-methoxy-glucaldehyde-arabinos-xylan with a relative molecular weight of 35 000 and arabinos-rhamnogalactose with a relative molecular weight of 50 000, were found from water extracts of echinacea overground. Three glycoproteins with a molecular weight of 17 000, 21 000 and 30 000 were isolated from Echinacea Purpurea root. Echinacea polysaccharides and glycoproteins have strong immune activity, anti-inflammatory, antioxidant and immune-enhancing functions. In addition, echinacea also contains volatile oil, polyacetylene, flavonoids and essential oils and other components. Echinacea’s superior immunity comes from this active ingredient. 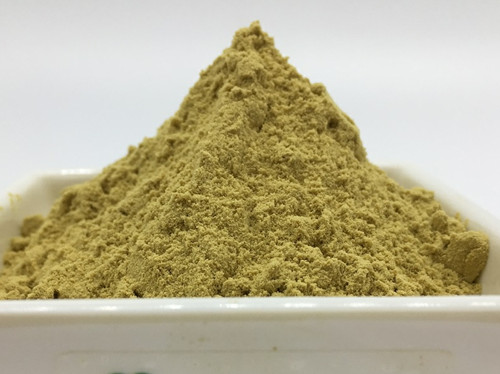 Immunomodulatory activity is the most important biological activity of echinacea herb, which is closely related to enhancing the function of macrophages and lymphocytes, stimulating the production of cytokines and antibodies. Animal experiments found Echinacea can effectively increase spleen weight, increase serum immunoglobulin level and decrease total cholesterol level in mice. Echinacea can also significantly improve the killing ability of natural killer cells (NK cells), stimulate the proliferation of T lymphocytes, and promote the proliferation of peripheral blood single cells.

Echinacea’s immune stimulation reduces inflammation and helps the body fight bacteria and viruses. Experiments have shown that echinacea stimulates cell activity in the immune system. When these cells are active, white blood cells more quickly surround disease-causing invaders, killing viruses or bacteria and preventing them from reproducing or simply shutting down their activities.

In laboratory experiments, echinacea has shown a significant effect on the immune system in rats. A study conducted at the Veterans Administration Hospital in San Diego suggests that the herb improves the production of white blood cells, which may be beneficial in fighting inflammation and infection. In laboratory studies, echinacea extract has been shown to inhibit various types of flu viruses, including potentially lethal swine and bird flu. However, lab studies don’t always translate to human results, and this herb should only be used if you’ve been exposed to the flu or have a chronic cold.

Except used as an immune system booster, many people choose to take echinacea on a daily basis during the winter to help ward off colds and flu. Echinacea, on the other hand, can reduce the duration of a cold or flu. Or if you have rheumatoid arthritis and are troubled by steroid-based anti-inflammatory drugs, echinacea can be used as a mild painkiller to relieve symptoms, with no side effects. It is best not to take echinacea if you are pregnant or breastfeeding because of the possible risk of allergic reactions. Also, echinacea should not be taken by those with certain medical conditions, such as asthma, maybe you should consult a doctor before trying it, and seek conventional treatments.