Effect of Verbascoside for Parkinson and Alzheimer Disease

You are here: Home1 / Blog2 / blog3 / Effect of Verbascoside for Parkinson and Alzheimer Disease

Verbascoside(VB) also known as acetonide, is a type of water-soluble phenylethanoid glycoside compound, exists in Rehmannia extract, cistanche tubulosa extracts, Plantain plantagliae, osmanthus fragrans, nudiflora and other plants. Acycoside has many physiological functions such as anti-oxidation, anti-inflammation, neuroprotection, immune regulation, anti-tumor and wound healing. Studies have shown that Verbascoside(acetonide) has neuroprotective activity and has a positive effect on neurodegenerative diseases such as Parkinson’s disease (PD), Alzheimer’s disease (AD) and other neurological disorders. 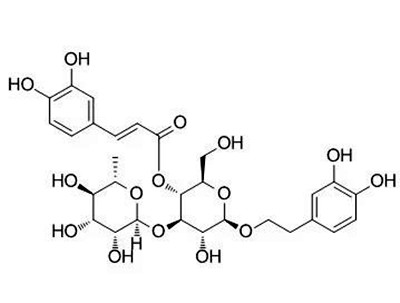 Alzheimer’s disease (AD) is the most common progressive neurodegenerative disease. It is characterized by behavioral disorders such as cognitive dysfunction and pathological changes such as neuronal loss, senile plaques and neurofibrillary tangles. Cognitive dysfunction and neurotransmitter disorders in AD patients are closely related to amyloid cascade, amyloid oligomerization and amyloid cytotoxicity.

Multiple factors are involved in the pathological mechanism of AD, including Aβ amyloid cascade, Tau hyperphosphorylation, oxidative stress and inflammatory cascade. According to existing studies, the cell models mainly adopted for the treatment of Alzheimer’s disease by mullein are PC12 cells and SH-SY5Y cells, and the animal models are AD rat models infused with Aβ1-42, D-galactose and scopolamine dementia mouse model, and mice aging model induced by AlCl3.

The treatment mechanism is mainly as follows:

Parkinson’s disease (PD) is the second most common neurodegenerative disorder, characterized by clinical manifestations such as static tremor, bradykinesia, myotonia, postural gait disorder, and pathological changes such as the degeneration of dopaminergic neurons in the substantia nigra striatum and aggregation of α -synuclein. The large-scale degeneration of dopaminergic neurons leads to the down-regulation of MAP2 and the increase of caspase-3, which may lead to mitochondrial depolarization and aggravate the apoptosis of dopaminergic neurons. In addition, the change of tyrosine hydroxylase expression in the substantia nigra striatum system is closely related to the development of Parkinson’s disease. 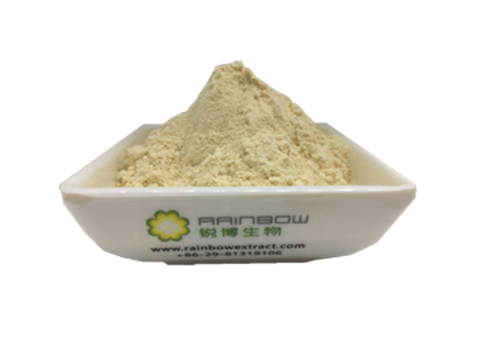 According to existing studies, the main animal models used for the treatment of PD are rotenone-induced PD rats and 6-hydroxydopamine (6-OHDA) -induced nerve injury model in zebrafish. The therapeutic mechanism may be as follows:

Verbascoside For Other neurological disorders

In epilepsy experiments, Verbascoside has been found to have a strong neuroprotective effect. It can inhibit the epileptic seizures induced by Pentylenetetrazole in mice, while the benzodiazepine antagonist Lumazenil can block the anticonvulsant effect of Verbascoside. These results indicated that it inhibited epileptic seizures by regulating γ -aminobutyric acid pathway. Studies have shown that acylate has neuroprotective effects against excitotoxic injury, and can inhibit glutamate-induced excitotoxic injury through anti-apoptosis, anti-oxidation, regulating calcium signal and other pathways.

Studies have shown that HO-1 has a neuroprotective effect on oxidative stress-induced neuronal injury, and treatment of PC12 cells by Verbascoside results in time-dependent and concentration-dependent increase of HO-1 protein expression. In vivo studies have shown that Verbascoside induces HO-1 protein expression in SD rats. The main mechanism is that multein activates Nrf2 transcription factor and upregulates HO-1 expression through ERK and PI3K/Akt pathways. Acylate is an activator of Nrf2 and an inducer of HO-1 expression, and plays an antioxidant and neurotoxic role through the upregulation of HO-1.

Acycoside inhibits the rise of intracellular ROS (reactive oxygen species) and plays an antioxidant role while reducing the Bax/Bcl-2 ratio. Blocking this critical step interferes with the cell death process due to the release of cytochrome C in mitochondria that triggers the activation of caspase, thereby saving dying neurons. Calycoside can reduce mitochondrial dysfunction induced by Aβ25-35, which protects SHSY5Y cells from neurotoxicity induced by Aβ25-35. In addition, other studies have shown that multein has a significant neuroprotective effect on MPP + induced mitochondrial dysfunction induced apoptosis in PC12 cells, which is related to scavenging free radicals, inhibiting the decrease of mitochondrial membrane potential, and protecting the toxic damage caused by oxidative stress.

Glutamate is a major excitatory neurotransmitter in the central nervous system, which is involved in synaptic transmission and related to neuronal plasticity, learning and memory by inhibiting glutamate-induced calcium influx and down-regulating NO production. Studies have shown that Verbascoside can maintain mitochondrial potential by reducing glutamate-induced calcium influx and enhance antioxidant defense system against neurotoxicity. In addition, it was found that Verbascoside can reduce the production of ONOO-(nitrite peroxide), down-regulate the expression of iNOS and NADPH oxidase, and inhibit neuronal apoptosis and mitochondrial damage in mouse spinal cord by inhibiting ONOO- mediated excess macrophages and protecting neuronal cells from nitrosine cytotoxicity.

Recent studies have shown that Verbascoside can inhibit the expression of a series of pro-inflammatory factors (such as IL-1, IL-6 and TNF-α) by blocking IL-32, and blocking the NF-κB pathway, thereby inhibiting the activation of macrophage-like cells and playing an anti-inflammatory role. In addition to IL-32, TLR4(Toll-like receptor 4) also activates neutrophils through the NF-κB pathway, increasing pro-inflammatory cytokine production. In an experimental study of intracerebral hemorrhage, Verbascoside inhibits microglial activation in coculture systems and mouse ICH models by inhibiting TLR4 signaling, thereby reducing neuronal inflammatory toxicity.

In addition, it has been shown that Verbascoside extract can prevent the phosphorylation and inactivation of lpS-induced transforming growth factor B-activated kinase-1 (TAK-1), leading to a significant decrease in JNK protein levels, resulting in the inactivation of transcription factor AP-1. By silencing the gene encoding SHP-1, we demonstrated that transcriptional deletion is associated with phosphorylation of the TAK-1/JNK system, resulting in enhanced AP-1 expression, suggesting that the inhibition of acylate is dependent on the protein tyrosine phosphate phase (SHP-1). Acylate attenuates the activation of taK-1 /JNK/AP-1 signaling pathway by increasing phosphorylation of SHP1 for anti-inflammatory effects.

Acycoside antagonizes synaptic damage and neuronal apoptosis induced by Aβ1-42 deposition by increasing neuronal SHY expression in the brain. The mechanism of memory impairment induced by Aβ1-42 injection into the lateral ventricle in ad-like animal models is closely related to Aβ deposition and subsequent cascade reactions, such as central cholinergic dysfunction, including decreased Ach level and increased AChE activity. Acteoside increased hippocampal Ach level and inhibited the up-regulation of hippocampal AChE activity at 2.5-5.0 mg/kg, but reduced Aβ deposition at 5.0mg/kg and reversed the disorder of Ach level in rats treated with Aβ1-42. It has also been shown that multein inhibits the aggregation of Aβ42 in A dose-dependent manner, and the catechin part of the molecule plays A key role in this inhibitory activity