Cordyceps mushroom is considered to be a time-honored superfood that first originated in traditional Chinese medicine at least 5,000 years ago. Their medicinal use is documented in ancient Chinese medical books, and traditional healers have used them to treat dozens of ailments without using chemicals. In Ayurvedic medicine, the mushroom is said to help increase “vitality”. Traditional healers in Sikkim recommend medicinal mushrooms “as a tonic for all diseases as they claim it improves energy, appetite, endurance, libido and sleep.” Tibetan folk healers are said to use cordyceps or in combination with other herbal remedies to combat more than 20 different ailments, from bronchitis to heart disease.

The name “cordyceps” actually comes from the Latin word “cord,” meaning stick, and “ceps,” meaning head. Cordyceps are actually fungi, sometimes called caterpillar fungi, and there are an estimated 400 species within the genus. When we talk about the cordyceps mushrrom, we often means the Cordyceps genusm mainly are cordyceps sinensis and cordyceps militaris, two species for medical uses. It’s parasitic and grows on caterpillar until it eventually eats its host. The base of the mushroom is formed by insect larvae, dark brown to black in color, attached to the organism and about six inches long. Once it’s fully mature, it actually consumes more than 90 percent of the infected insects. Probably the initial observation that animals that ate wild fungi became robust in the process, herders began using fungi in powder form to make tonics and teas, initially to increase milk production and improve the reproductive capacity of livestock. Later, people began to dry the cordyceps in the sun and eat or soak them in wine to keep them strong.

Cordyceps supplements are considered a natural “immune-boosting drug” and are commonly used to boost immunity and optimize health. They can also help control autoimmune diseases, minimize excessive inflammation and prevent tissue damage while speeding up healing time. Modern pharmacology believes that many of the anti-inflammatory benefits of cordyceps stem from their ability to positively affect the immune system, combat oxidative stress and stimulate protective cells that protect the body from mutations and infections.

In addition, studies have shown that cordyceps can act as a mild stimulant or “adaptive herbal medicine” to combat stress and fatigue, while also naturally boosting energy levels. Although they have long been known for their healing properties in a variety of traditional medicine, recent studies have begun to confirm the health-promoting properties of these powerful mushrooms. In vitro studies have found that cordyceps sinensis can bu used as a natural cancer treatment in some cases, preventing the growth of tumors and cancer cells. As a true “superfood,” cordyceps can slow the effects of aging and stress, help keep the body away from disease, boost energy levels, and keep you energized throughout the day.

The Chemical of Cordyceps Mushroom 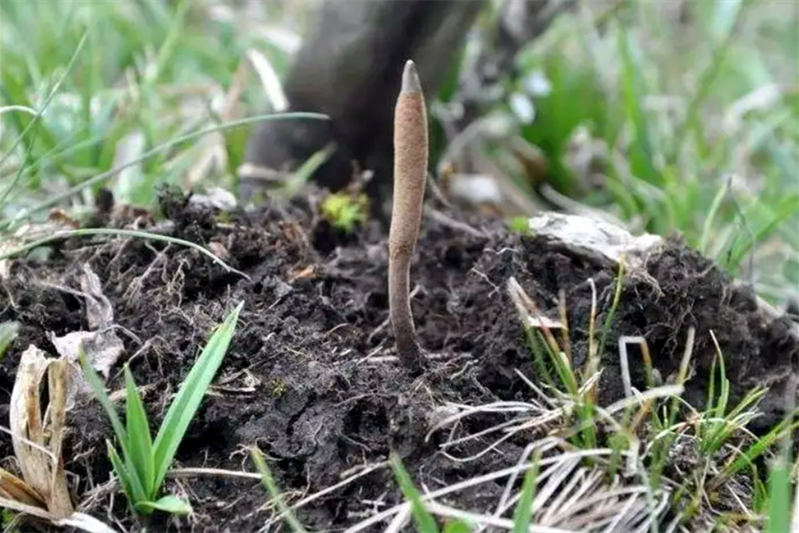 Cordyceps is rich in a variety of antioxidants, enzymes, and vitamins. Some of the compounds identified include: 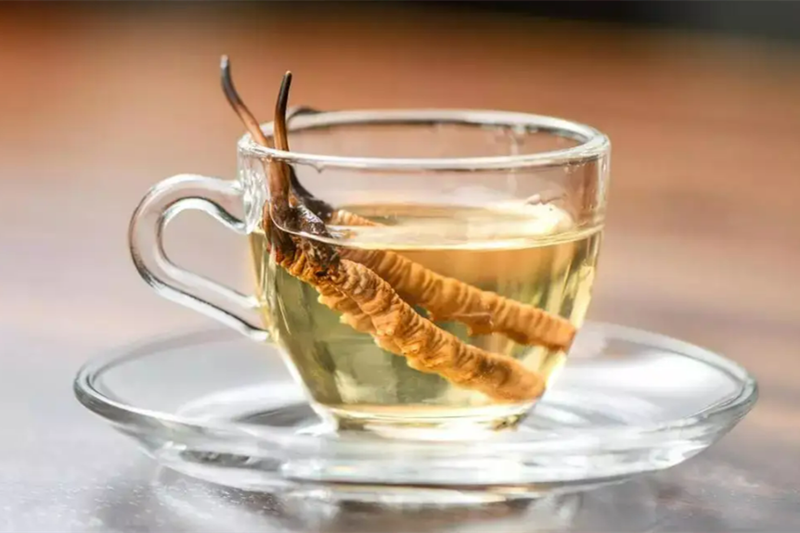 Some studies have shown that consumption of cordyceps sinensis benefits immune function and helps optimize cardiovascular, respiratory, endocrine, and reproductive health. This is because they contain anti-inflammatory compounds such as polysaccharides, modified nucleosides and cyclosporins. Taking cordyceps may be beneficial in treating inflammation-related conditions such as Crohn’s disease, arthritis, leaky gut and asthma.

Cordyceps mushroom is rich in antioxidants that help combat free radical damage, prevent oxidative stress and help slow the signs of aging, thus optimizing your health. While research on the anti-aging effects of this medicinal mushroom has been largely limited to animal studies, studies have shown it can enhance brain function, enhance memory, and even extend life. For example, an animal model in the journal PhytoTherapeutic Research showed that taking cordyceps extract increased the activity of antioxidants such as superoxide dismutase and glutathione peroxidase in the blood. Not only that, but it also helps improve brain power and sexual function in aging rats.

A 2010 study published in the Journal of Alternative and Complementary Medicine showed that supplementation with cordyceps extract improved exercise performance and helped improve overall health measures in older adults. Like other superfood herbs such as maca or cocoa, cordyceps is considered a vibrant adaptogen and is commonly used to help fight fatigue, treat muscle soreness and prevent weakness.

Several studies have shown that they can improve athletic performance – improving physical ability, endurance and endurance – in part because they increase the body’s supply of ATP, one of the main sources of energy during exercise. Cordyceps contains adenosine, a nucleic acid needed to make ATP, an “energy carrier” that is depleted in muscles during physical activity.

Traditionally, both men and women have taken supplements made from cordyceps to boost libido and improve reproductive function. Based on animal models, cordyceps supplements appear to help the body use oxygen more efficiently and improve blood flow, which is important for physical health and sexual function. Improved endurance, increased energy and lower levels of inflammation are a few other reasons why cordyceps may improve fertility and libido. Therefore, they can be used as a natural treatment for infertility as well as for impotence.

Recent studies have found a strong link between cordyceps and heart health, suggesting they can help protect the heart from damage and lower cholesterol levels to prevent coronary heart disease. For example, an animal study in the journal Pharmacologica Sinica showed that cordyceps extract helped reduce heart and liver damage in rats with kidney disease. In addition, other animal studies have shown that cordyceps can help lower levels of bad LDL cholesterol to prevent arteriosclerosis, a disease characterized by plaque buildup in the arteries and an increased risk of heart attack and stroke. Other animal models suggest they can also reduce high triglycerides, another major risk factor for heart disease.

The study, published in the journal Molecules, examined the many therapeutic effects of these medicinal mushrooms. Researchers have found that cordyceps can act as a nutritional supplement to support mental health by fighting environmental stress and oxidative stress in the body.

One study in Asia looked at the effects of cordycepin, which is naturally found in cordyceps, to see if it helped increase natural sleep in mice. The researchers determined that cordycepin increases non-REM sleep in rats. This experiment could provide basic evidence that cordycepin may be helpful in subjects with sleep disorders.