Blog
You are here: Home1 / Blog2 / blog3 / Can the marigold extract be used in cosmetics? 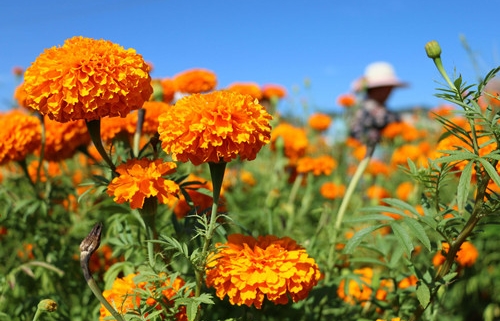 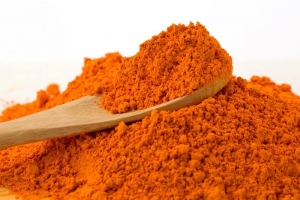 Marigold extract (Lutein) is generally used as a food additive in dairy products, biscuits, drinks and many other foods and animal feed, so there is a question, it is not harmful to people and animals, so it can be used in cosmetics? In fact, researchers have proved the safety of marigold extract, experiments confirmed that marigold root extract contains more thiophene compounds, such as alpha terthienyl, with phototoxicity, that is, with toxicity in ultraviolet light, bring potential harm to the skin and is generally prohibited in cosmetics use.

In fact, the marigold extract was previously permitted for cosmetic use. In 2005, the European Scientific Committee on Consumer Goods (SCCP) considered marigold plant extracts and essential oils to be phototoxic. Tagetes erecta, Tagetes minuta and Tagetes patula extract and oils are recommended not to be used in cosmetics. In the evaluation opinion SCCS/1551/15, marigold and French marigold extract/oil are safe in facial cosmetics at concentrations not exceeding 0.01%. However, this conclusion does not apply to sunscreen cosmetics and cosmetics specifically designed for exposure to natural or artificial UV rays. Therefore, THE SCCS considers that marigold extract/oil should not be used in these products.

It was not until 2013 that the International Fragrance Association (IFRA) updated its information dossier on marigold that the maximum permissible concentration of extracts and essential oils used in skin cosmetics was 0.01 %. Therefore, the EU SCCS reassessment of marigold extracts and essential oils by 2015 was only for phototoxicity. Because under ultraviolet light, its phototoxicity will be increased. In 2016, the SCCS stated that the maximum permissible concentration of marigold, French marigold extracts and oils in rinsing cosmetics was 0.1%. In 2018, the European Union officially designated marigold as a banned ingredient in cosmetics. European Commission (EU) 2018/978.

If it’s a potential safety hazard, why not use it in food? This is because the limit of lutein in food is ≤12mg/ day, and the amount of alpha terthienyl is ≤0.35%, they are so low that they are safe and will not cause safety hazards as food. At present, lutein is still added in some cosmetics and skin care products as an antioxidant, because of its strong antioxidant capacity to protect human somatic free radicals. It is also sometimes added as a natural pigment in make-up products because of its bright yellow color, stability and safety。