Rhodiola Rosea is a perennial flowering plant native to the wild regions of Europe, Asia, and North America. It can grow to a height of three feet, depending on the species, its root has been used for centuries in Tibet to treat various diseases and has been prescribed by doctors. Modern people use Rhodiola supplements or dry Rhodiola tea to treat high altitude sickness and enhance the immune system, here today we will introduce the benefits of rosea rhodiola, if you are interested, please read on! 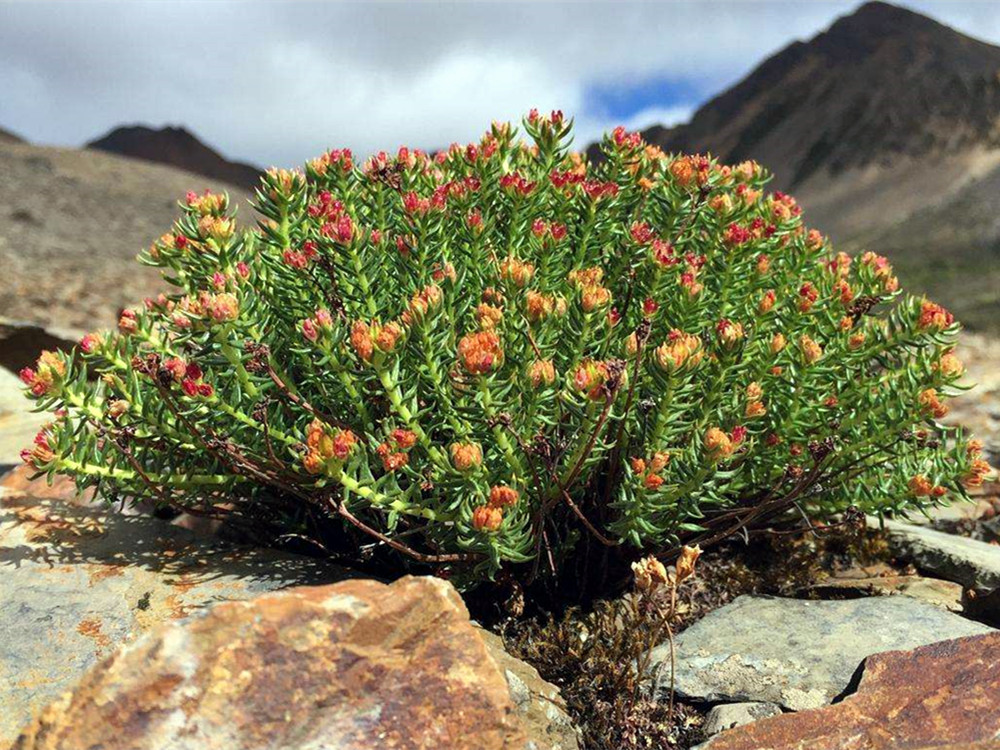 Experiments on mice found that fed rhodiola survived longer in the absence of oxygen. In the human experiment of a low-pressure oxygen chamber, it was found that after taking rhodiola, the body’s exercise ability was improved obviously under the condition of decompression and low oxygen. This proves that rhodiola can enhance the body’s tolerance to hypoxia and reduce oxygen consumption; At the same time, the difference of arterial oxygen pressure was increased and the utilization rate of oxygen was improved. In the early days of China, people in Tibet often ate rhodiola to combat the discomfort caused by a lack of oxygen. At the same time, rhodiola growing at high altitudes can improve the survival rate of mice in high altitude and cold conditions, it is also used to resist cold. If you are taking a high-quality supplement, you will experience the same benefits.

The most common ingredient in Rhodiola is salidroside, which has sedative effects. This compound is extracted from the roots of Rosea Rhodiola. It is used as a dietary supplement in tea and herbal supplements. It has been known to improve the quality of sleep, reduce stress, and boost your concentration. If you suffer from low moods and mental fatigue, this plant is a great option.

The aging of the body is mainly caused by the toxic side effects of free radical oxidation in the body. Experimental results show that rhodiola can promote protein synthesis. By decreasing the activity of acid phosphatase, increasing the activity of peroxidase dismutase and glutathione content, inhibiting the formation of lipid peroxide to inhibit the degeneration of cells and organs, delaying the aging of cerebral cortex and enhancing brain function. Therefore, rhodiola rosea can not only have a good anti-aging effect but also improve memory. Local people in Tibet also often take rhodiola supplements to eliminate fatigue, indicating that it has a certain anti-fatigue effect.

During stressful situations, the spleen and stomach are protected by natural killer cells, which are present before the bloodstream or liver. This means that Rhodiola is beneficial in improving the mental state of an athlete. In addition to its many health benefits, Rhodiola also provides a daily strategy to improve moods and mental fatigue.

Studies have shown that Rhodiola root helps cardiovascular health, especially in people who suffer from stress-related conditions. It also lowers blood lipid levels and reduces the release of c-AMP into the cardiovascular system. This substance is related to ATP, a chemical that converts glucose into fuel for the body. In addition to being a messenger between the inner and outer cellular environment, c-AMP also facilitates calcium uptake and utilisation for better cardiovascular contraction.

Rhodiola also promotes homeostasis, a condition in which the body is in balance. It helps the immune system combat toxins and viruses, has been used to boost the immune system. It is effective in reducing the fatigue caused by anxiety and stress. It can also help increase cognitive performance. It is of great benefit to people with a low immune function such as the elderly, or high blood pressure, neurasthenia, menopause, cardiovascular disease, diabetes and other high altitude diseases. If you want to improve your mood and feel better, this supplement can give you the energy you need.

Why Is Yucca Schidigera Extracts Good For Dog And Cats?
Download Form
[contact-form-7 404 "Not Found"]
Scroll to top